Ready for something a little creepy and crawly for Halloween?

The RainForest has colonies of insects from all over the world, but none with a name as deadly as the assassin bug. This predator insect can shoot venom from its eyes to stun other insects on the forest and jungle floors of South America. They then use their proboscis – a long, skinny appendage that comes out from the top middle of the assassin bug’s head – to stab their victim and extract juices from their bodies. 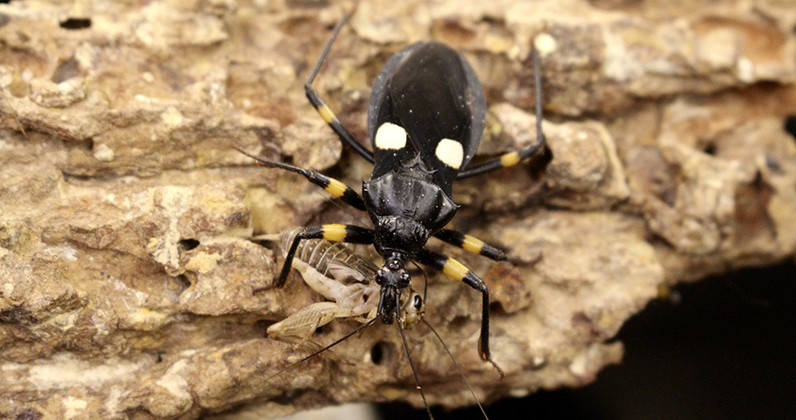 The bugs’ rather attractive, large yellow spots on the sides of the abdomen act as a natural warning to other insects that eating or attacking the assassin bug could bring them harm. This type of coloration is also called “aposematic coloration” and occurs in many animals – such as the bold pattern of a skunk’s tail or the beautifully vivid shades of poison dart frogs.

The RainForest is home to a colony of a few hundred assassin bugs – both male and female. They feed on crickets and can often be found climbing in and among the items in their habitat. Find them on the first floor of the RainForest.