Behind the scenes of The RainForest, your Zoo is part of a vital effort to sustain the population of Puerto Rican crested toads.

Sixty eight brown Puerto Rican crested toads — their name comes from a raised crest on the head of the female — reside in a room that remains a balmy 78 to 80 degrees year-round.

The only native toad to Puerto Rico, the species was listed as critically endangered in the 1980s. Once divided into two large populations — on the north and south end of the island — today the only known wild population resides in Guánica Commonwealth Forest. Each year, to help sustain the population, more than 40 zoos including Cleveland ship thousands of tadpoles to Guánica.

The Association of Zoos & Aquariums developed this Species Survival Plan (SSP) in 1984; it was the first SSP for amphibians. Since 1992 more than 300,000 tadpoles have been released in the wild.

“We think that without this reintroduction program helping through the years, these toads would be extinct in the wild,” said Kristy Becka, amphibian and reptile keeper in The RainForest.

Once a year Becka and the amphibian and reptile teams create an environment for the toads to breed. The toads are cooled to 66 degrees for one month, then gradually warmed to 78 degrees. They are then put in a specially built tank that has ramps to provide both dry and wet space to mimic their natural habitat. Toads breed on land but lay eggs in water. Puerto Rican crested toad calls are played, and water simulating rain falls on the toads 24/7. The result? A single female lays up to 15,000 eggs in long strings each year; typically about 1,200 to 1,500 of those eggs develop. 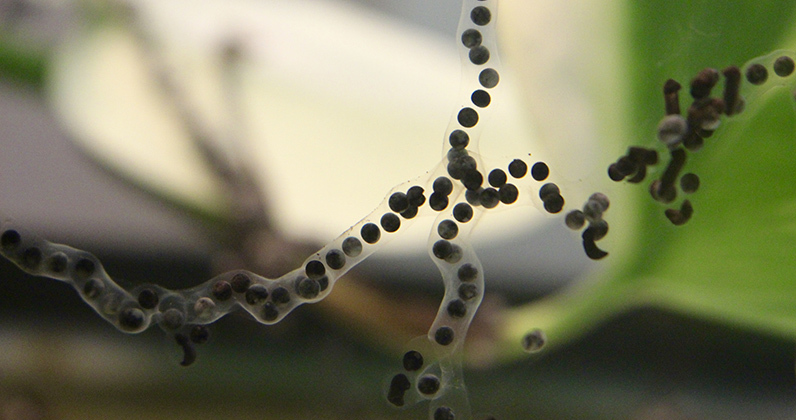 One of many strings of Puerto Rican toad eggs

Throughout the process, timing is critical. The tadpoles need to be shipped before they start developing legs, so about 10 days after the eggs are laid, they are boxed up for Puerto Rico.

Kristy Becka prepares the tadpoles for transport to Puerto Rico.

Cleveland typically sends tadpoles in the spring, but this year the schedule is shifted a bit to accommodate repairs to the release site in Puerto Rico.

According to Fort Worth Zoo’s Diane Barber, the head of the Puerto Rican Crested Toad SSP, hurricane Maria’s extensive damage to the island affected the release sites. In November, Barber emailed that most of the sites will need “new structures built around the ponds, repair of roads and fences, and removal/replacement of fallen trees. The good news is that the wild population in Tamarindo sustained little damage in terms of tidal surges and seawater infiltration.” 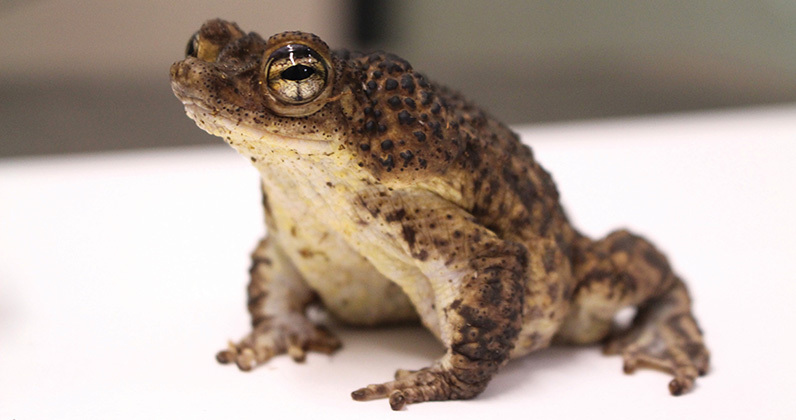 What is an SSP?

The Association of Zoos & Aquariums (AZA) maintains SSPs for more than 500 species with the goal of managing and conserving a typically threatened or endangered species. SSPs coordinate the breeding and transfer of animals between AZA-accredited zoos to ensure a healthy and genetically diverse population. 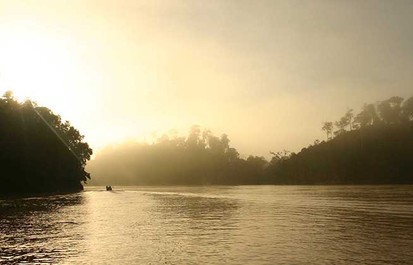 The Kinabatangan River in Sabah, Malaysia, and its surrounding forest compose a critically important...