Five things you may not know about meerkats

How social are meerkats? Why are they always looking up? How long have they been at the Zoo? Keep reading below for five things you may not know about Cleveland Metroparks Zoo's meerkats!

Five things you may not know about Cleveland Metroparks Zoo's meerkats

Meerkats are very social animals that usually live in related groups (or mobs). They all have different jobs to perform: digging tunnels, searching for food, looking out for danger.

If a meerkat senses danger, it will bark to alert the others. The mob will scatter to their tunnels for safety. The logs in the meerkat habitat at African Elephant Crossing are hollowed out to provide hiding spaces like in the wild. 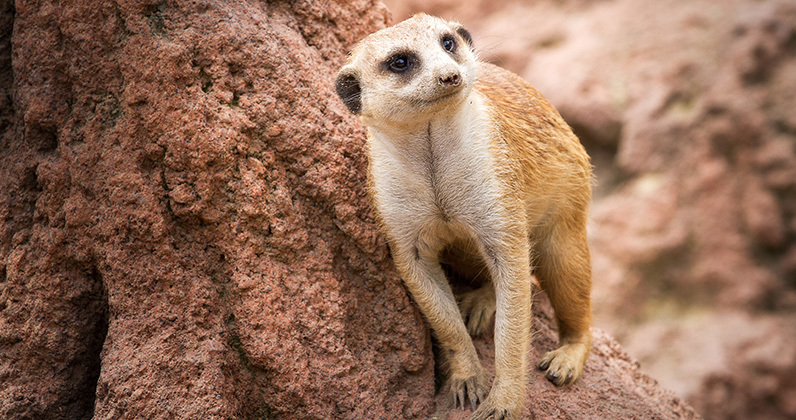 Meerkats love to dig! They will spend hours digging tunnels that can be used for safety from danger and the weather. In the Zoo, this habit is monitored by keepers and curators. Once the meerkats have dug too much in their habitat, the animal care staff will collapse the tunnels so they can start over again. 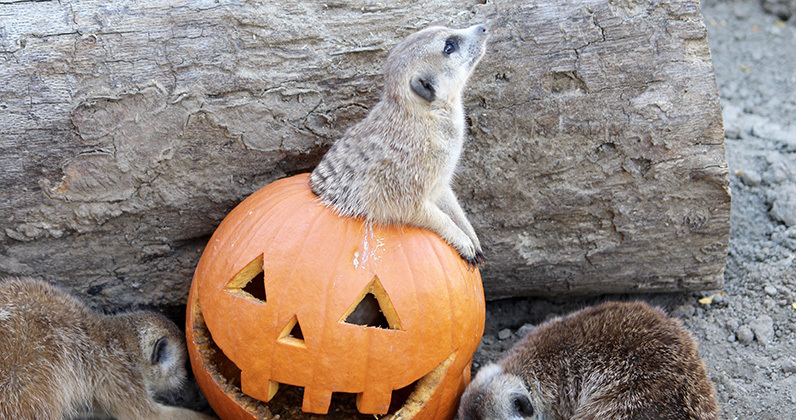 Meerkats are very curious. If anything is added to their environment, they will investigate it. When the African rock python sheds its skin at African Elephant Crossing, sometimes the keepers will place the snake shed in the meerkat habitat because they would come across something like that in the wild.

The meerkats will react differently to a snake than they would to something like a food item. They approach food items - like pumpkins in the fall! - right away, but a snake shed will make them more cautious, but still very curious. 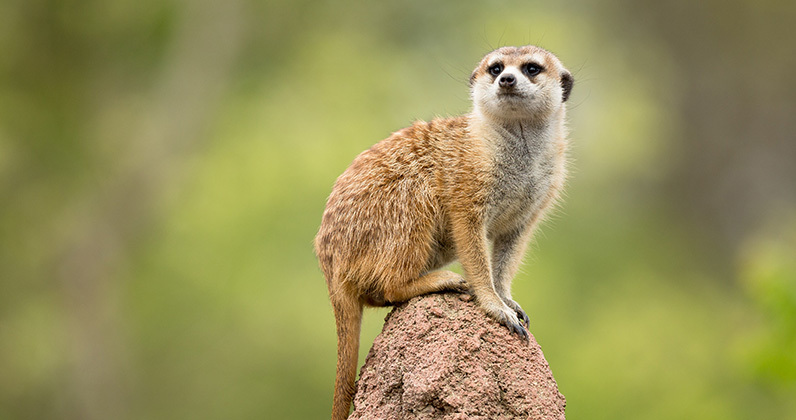 Meerkats first came Cleveland Metroparks Zoo's in 2011 when African Elephant Crossing opened. Some of our current meerkats are from the original mob.

In the wild, the main predators of meerkats are monkeys and birds of prey, which is why there's always a sentry on the lookout for danger. The meerkat habitat at African Elephant Crossing was designed and built in a way that a bird of prey would not be able to swoop down to catch a meerkat ... but the sentry still stands guard. When you visit the mob, look for the sentry on the top of a rock pile in the habitat, often higher up than other individuals. 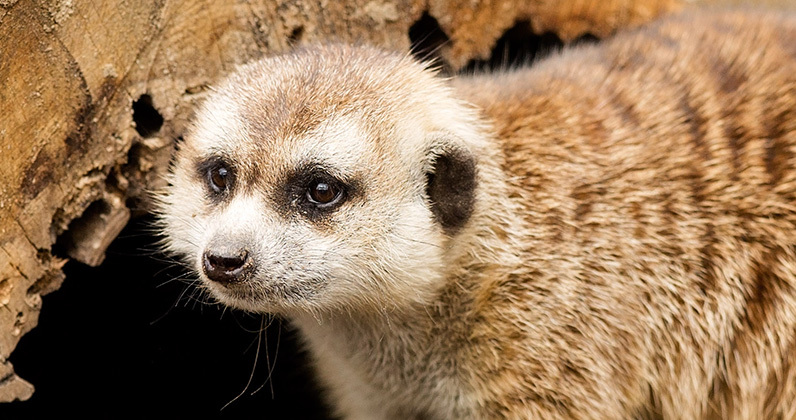