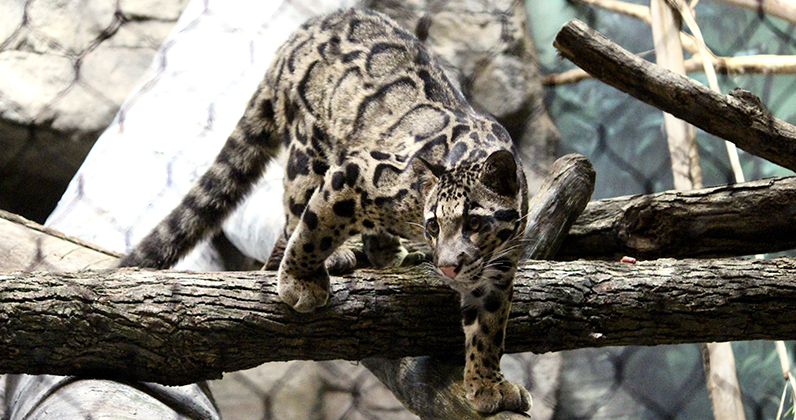 The Zoo received one-year-old Ryker in April, and since moving into the RainForest early this summer, he can be seen exploring his new habitat, resting in trees and enjoying climbing features.

Clouded leopards are arboreal cats, meaning they spend most of their day in trees in tropical forests. Their bodies are made for life up high. They have short, powerful legs for climbing and long tails for balancing on tree limbs and branches. Even their ankles help them climb: Their rear ankles rotate, which allows them to walk down the trunk of a tree forward, much like a common squirrel. They've even been spotted hanging from branches by those rear feet. 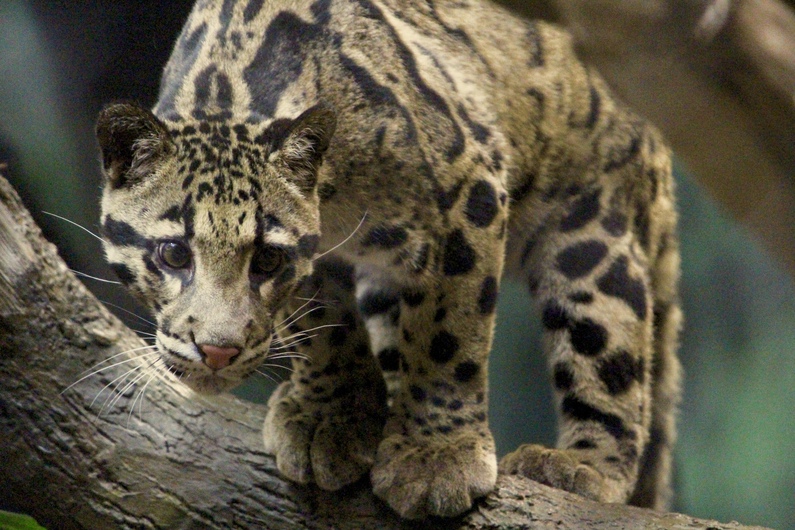 Being young and active, Ryker can be fun to watch says Animal Curator Tad Schoffner. He notices when keepers or guests are watching and seems to enjoy the interaction.

Clouded leopards, named after the cloud-like pattern of their coats, are solitary cats native to southern Asia (China, Myanmar, Laos, Thailand and Malaysia). Habitat loss and poaching have lead to a 30% population decline since 1998. Today, the IUCN lists clouded leopards as a vulnerable species.

Cleveland Metroparks Zoo received the its first pair of clouded leopards in 1987. Those cats came from China and were very significant genetically to the United States captive clouded leopard population. The pair produced 17 offspring. Ryker is the first clouded leopard in Cleveland since 2011, said Schoffner.

Click the video below to see Ryker in action: