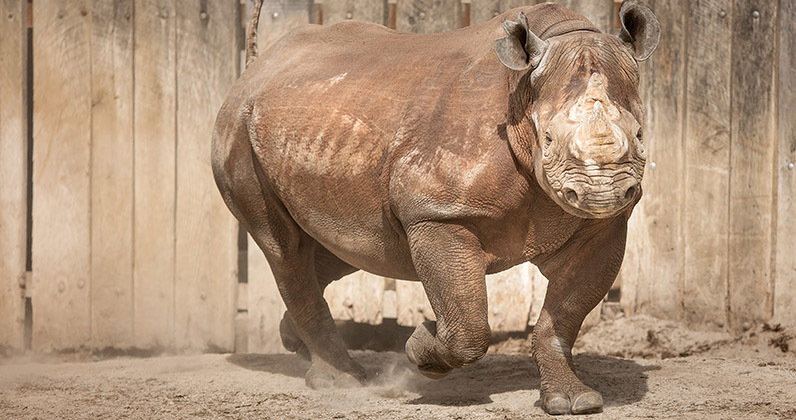 In turns out that one Eastern black rhino in Cleveland has become extremely important to her species. 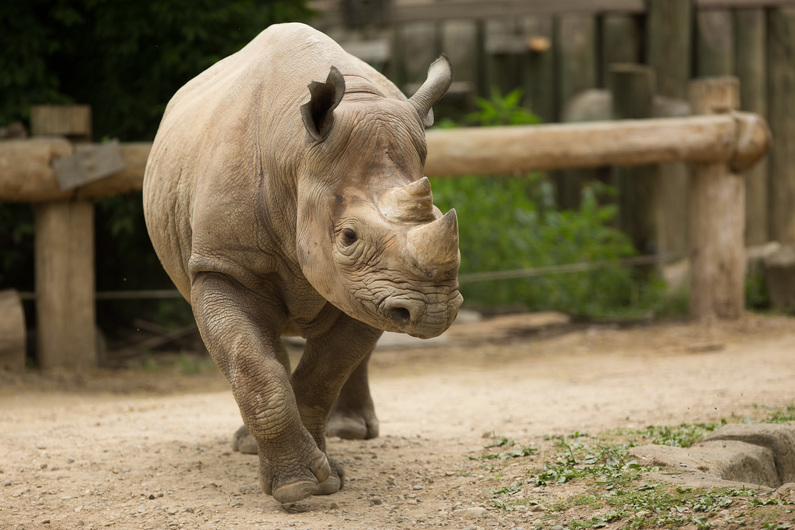 Inge, who also happens to be Kibibbi's mom, has become a valuable link between rhinos in Association of Zoos & Aquariaums (AZA) accredited zoos in North America and her African cousins in the wild.

Due to poaching and habitat loss, the Eastern black rhino population has dwindled to approximately 750 individuals left in the wild in Africa. The Addo Elephant Park in South Africa, a sanctuary where Inge was born, has only 48 individual rhinos left.

In 1997, cooperation between the AZA’s Species Survival Plan (SSP), Cleveland Metroparks Zoo, the Cleveland Zoological Society, Addo Elephant Park and the South African government allowed two Eastern black rhinos to be sent to American zoos. Inge, one of those two, arrived in Cleveland later that year after much negotiation, planning and travel. Because she came from Africa, Inge’s genetics were very desirable to strengthen the genetic diversity of rhinos in North American zoos.

Shortly before Inge’s arrival in Cleveland, the Zoo had changed from caring for white rhinos to our current Eastern black rhinos. Spike was the resident male black rhino when Inge arrived, and Animal Curator Tad Schoffner remembers that Spike was a “highly spirited animal” that ended up being a good match for the calmer Inge. Inge and Spike had two calves – Azizi in 2000 and Kibibbi in 2003, who is still in Cleveland. Spike left Cleveland in 2005 and passed away in 2008.

Jimma was the Zoo’s next male rhino, who arrived from the Potter Park Zoo in Lansing, Michigan in 2005. Jimma and Inge had two calves: Zuri in 2007 and Johari in 2010. Jimma and Kibibbi had Juba in 2012. Jimma was transferred to the Brookfield Zoo in Chicago in 2012, where he passed away in 2013. 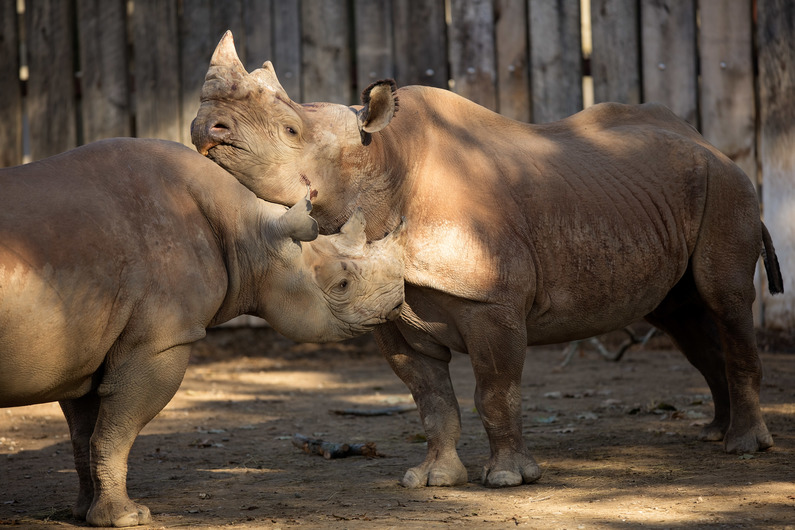 Forrest, the Zoo’s current male rhino, came from Busch Gardens in Tampa, Florida, in 2016. We already know he has done his job to help the species, with two calves born this year.

The decision 20 years ago to bring Inge here has proven and will continue to prove how important just one individual is to the overall Eastern black rhino population and species.

This feature was written by Paul Webster, a longtime Zoo volunteer and ZooKeepers Circle member. His favorite animals are elephants and rhinos, and he has a soft spot for Inge. 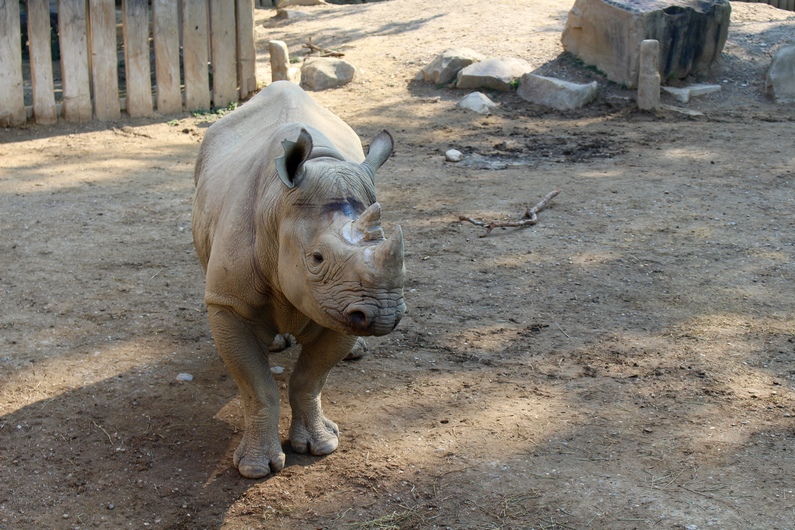 So how important is Inge? Let’s look at some statistics.