Truth or Tall Tale? Little known facts about giraffe in the wild

In honor of the upcoming World Giraffe Day, let’s test your giraffe knowledge! Did you know that a group of giraffe is called a tower? Were you aware that giraffe can snort like horses, moo like cows, and hum like your Aunt Frida? Did you realize that World Giraffe Day takes place on June 21, because it is the longest day of the year? 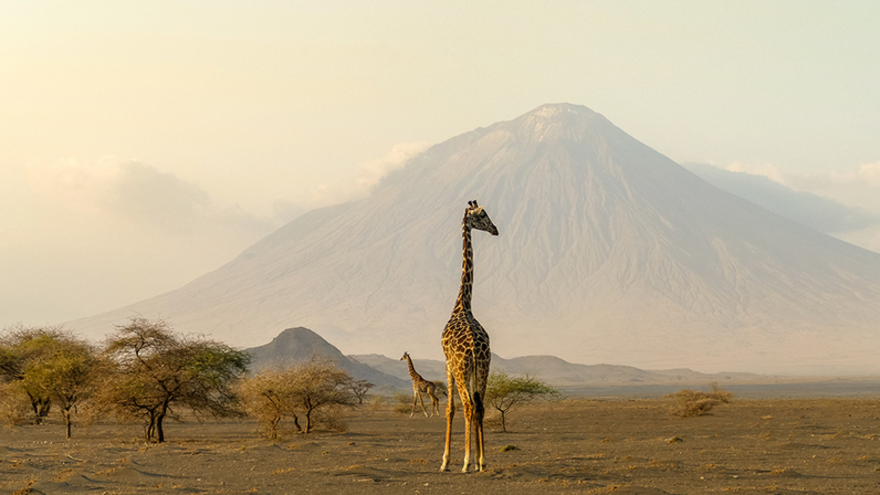 If you didn’t know those facts, don’t fret! Learning is exciting and knowledge is power. So, let’s play Truth or Tall Tale to find out more fun facts about the world’s tallest animal…

Each giraffe has a unique spot pattern.

All giraffe do have different coloration patterns. In fact, their spot patterns are similar to our fingerprints, because they are unique to every individual animal! Another cool detail about giraffe spots is that they act as “thermal windows” that regulate giraffes’ body temperatures. There is actually a complex network of blood vessels underneath each spot that helps dissipate or reduce body heat in hot climates. The brown spots against the tan colored hairs also provide the giraffe with camouflage in their savanna habitat. Do you think you could spot a giraffe in the savanna? 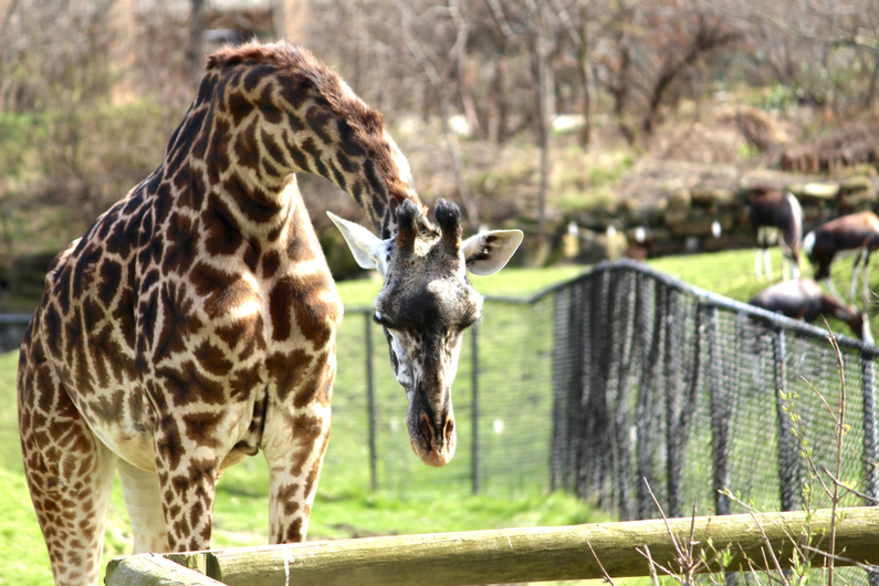 Giraffe have more neck bones than a human.

Even though the neck of a giraffe can be eight feet long and weigh up to 600 pounds, they only have seven neck vertebrae - the same number of neck bones that humans have! But unlike our vertebrae, each of theirs can be up to 10 inches long. These large vertebrae link together to form those famous long necks we all know and love. A giraffe’s long neck allows it to eat leaves high in the trees. This decreases food competition between them and other plant-eating animals. Their long necks also help them spot distant predators. Because of their unique vantage points, other grassland prey species will often look to giraffe for signs of incoming danger. Lastly, male giraffe will use their long necks to compete with other males. They do this by swinging their necks against each other in a behavior called ‘necking’. I do NOT recommend trying this at home… 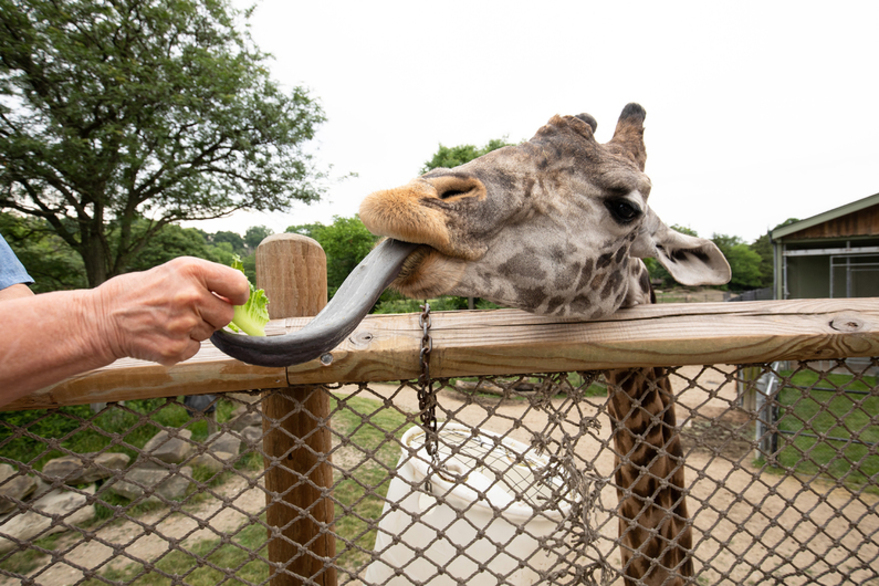 However, giraffe tongues are only similar to opossum tails in that they are both prehensile, meaning they can grasp onto things. A giraffe’s tongue is also the strongest of any animal, and it can be an impressive 18 inches long! For comparison, the average human tongue is between 3 to 3.5 inches long. Their long, strong, and prehensile tongues allow giraffe to selectively pluck leaves from in between thorns found on some of their preferred feeding trees. To kick the tongue’s coolness-factor up a notch, it is surrounded by a thick layer of glue-like saliva that also helps protect the giraffe’s mouth from sticks and thorns. I would say the giraffe licks the competition for the world’s coolest tongue! 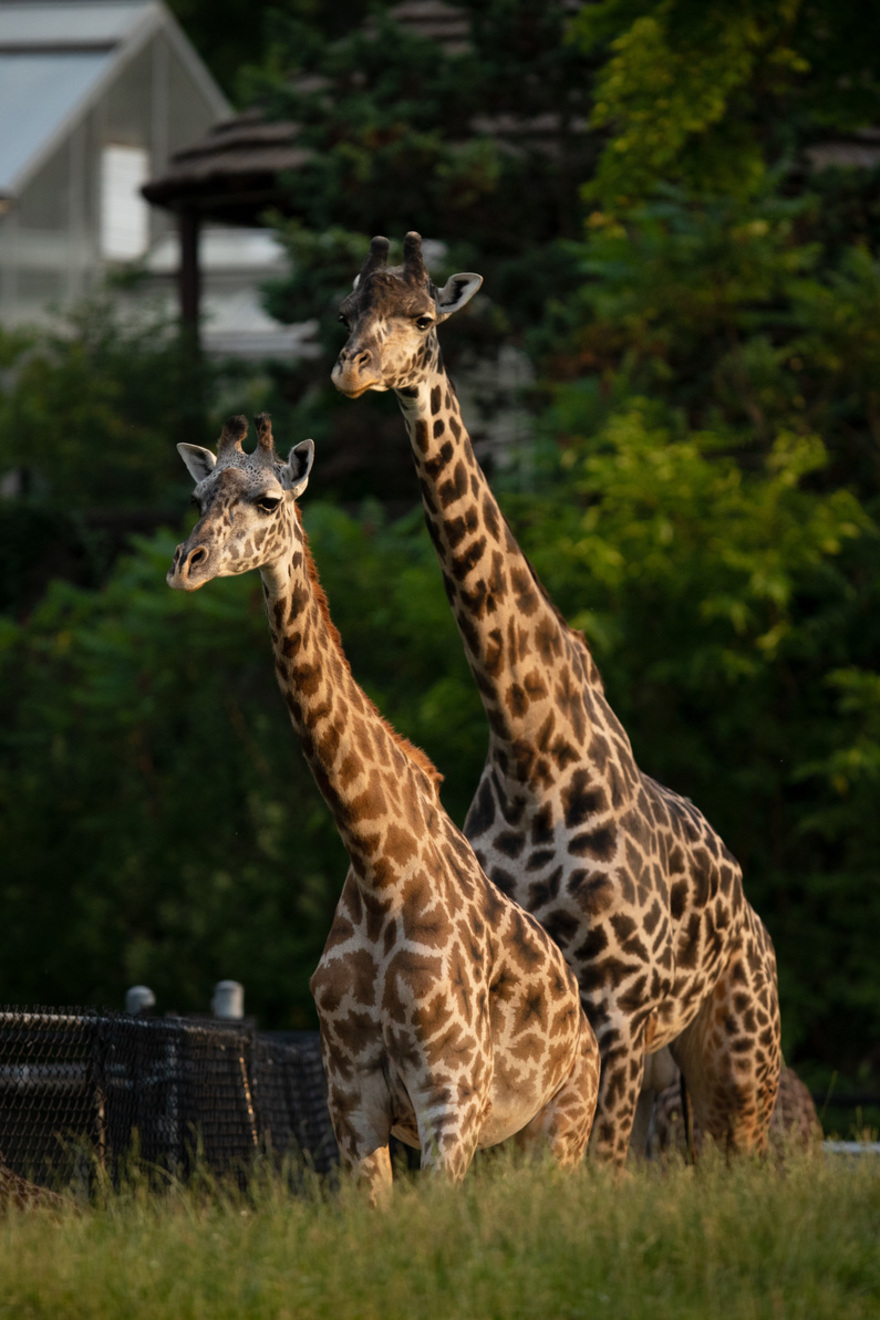 Male and female giraffe are impossible to tell apart.

Full-grown male and female giraffe are different in both their appearance and their behavior. For one, adult males are larger than adult females. Males can reach an extraordinary 19 feet tall and weigh more than 4,000 pounds! That means male giraffe can be taller than some two-story houses and heavier than a mid-sized sedan! Females can generally grow up to 16 feet and weigh around 2,500 pounds; which is still impressive. Additionally, the males’ horns or ‘ossicones’ are thicker than the females’ and are usually surrounded by extra knobs and bumps that are absent on females. Behaviorally, males are not as social as females. So, if you ever see a lone giraffe in the wild, it is most likely a male. 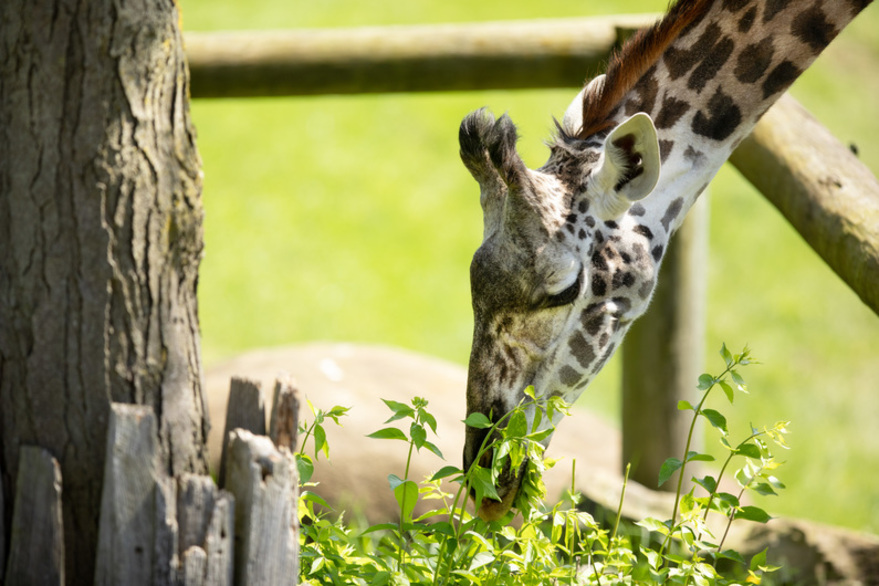 The word ‘giraffe’ was inspired by other animals.

The original scientific name for giraffe was Giraffa camelopardalis. This name originated from the thought that a giraffe’s body looked like a camel’s body and its coloration was similar to that of a leopard. Since this naming, however, scientists have identified four different species of giraffe and given each its own name. Giraffa camelopardalis is now the scientific name for the Northern giraffe species. The other three species are the Reticulated giraffe (Giraffa reticulate), the Southern giraffe (Giraffa giraffa) and the Masai giraffe (Giraffa tippelskirchi). The genetics of these species indicate that they are as different from each other as a polar bear and a grizzly bear. That’s bearly believable, but it’s true! 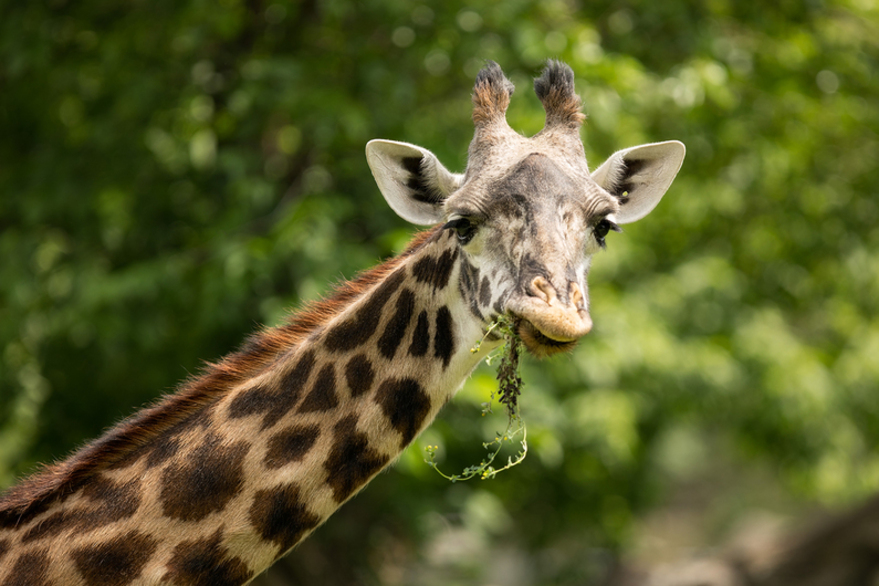 The Cleveland Metroparks Zoo is helping to secure a future for giraffe.

To help wild giraffe populations, the Zoo partners with Dr. Julian Fennessy’s Giraffe Conservation Foundation (GCF). Specifically, the Zoo provides GCF with support for population surveys, education efforts, and research on giraffe ecology, genetics, and conservation. Currently, GCF is working with local governments in East Africa to increase giraffe conservation efforts. They are also conducting research and monitoring the population on Northern giraffe subspecies in Uganda, as well as studying a skin disease in giraffe that currently has no known cause. To read more about GCF’s amazing work click here! 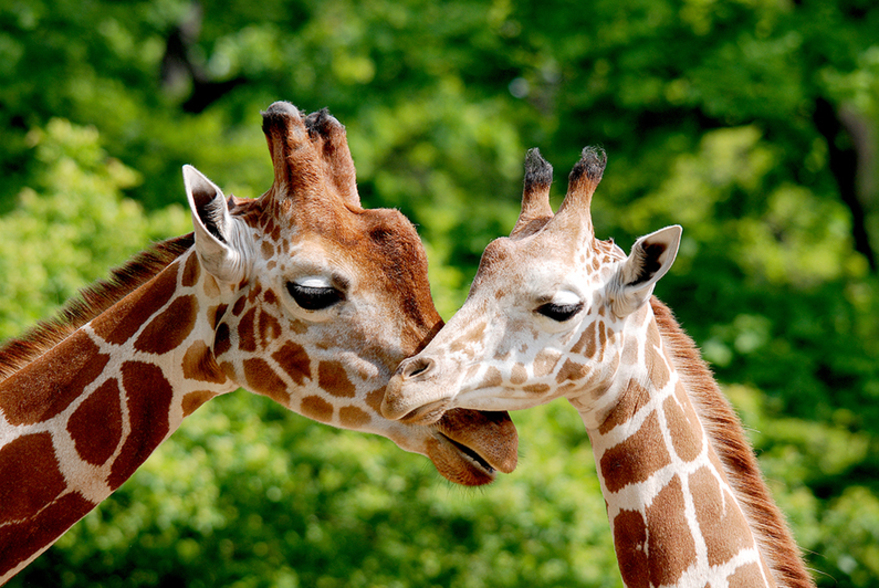 You can help protect wild giraffe too. 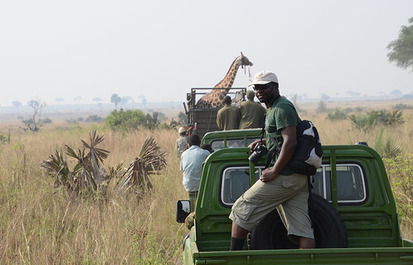