Alpaca (Vicugna pacos) are the smallest type of camel uniquely known for their luxurious hair coats. Despite their long necks, they are compact animals that are calm, alert and personable due to their herding nature.

Those characteristics led to their domestication nearly 6,000 years ago in South America. Alpaca were introduced to the continent of Australia as farm animals; shorn for their fleece used in textiles. Today, there are hundreds of thousands of alpaca around the world, including Australia and even in Ohio. 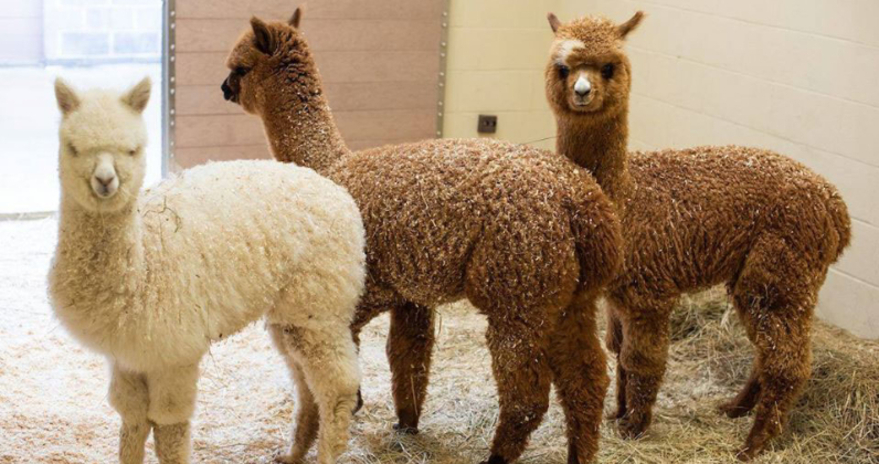 Ohio has long been an epicenter for alpaca farms due to its centralized location, abundant pasture land and suitable climate. Even though they are a regionally important species, alpaca are new to Cleveland Metroparks Zoo. By way of a community partner’s generous donation, three female alpaca now call Cleveland Metroparks Zoo home. 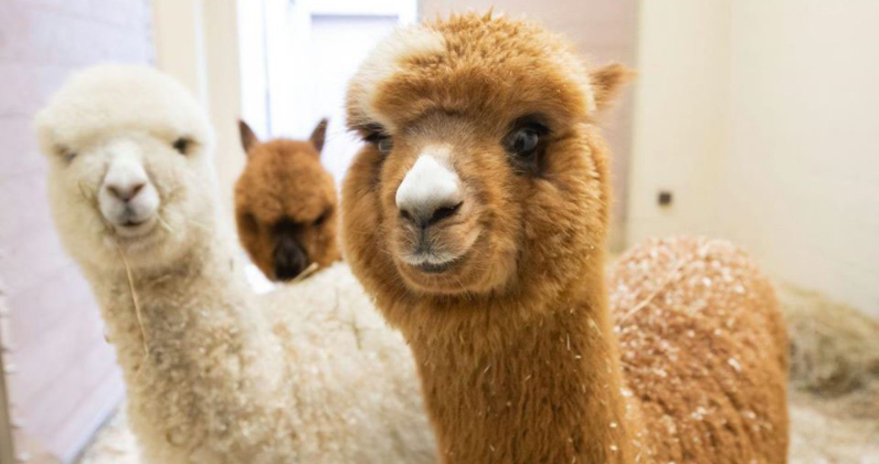 The three girls were born in August of 2019. The all white one is named London, Zoey is brown with a white spot on her head and Luna is all brown. Alpaca generally live to be 15 to 20 years old. As adults they can be expected to weigh in the range of 100 to 150 pounds with a shoulder height of approximately 36 inches. There are minimal differences between the sexes, with males being larger with a few differences in teeth structure. Being solid brown, brown/white and solid white, the three represent just some of the natural varieties of fleece colors. 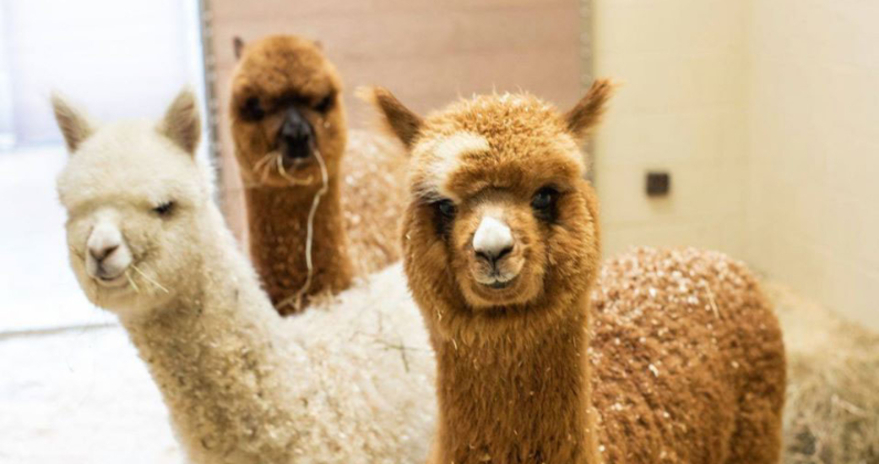 The alpaca can be seen in the contact barn area within Australian Adventure. Here they live alongside other typical Australian farm animals such as sheep, goats, miniature horses and donkeys. In addition to being able to experience their unique hair coats, visitors can also observe how they communicate through their soft hums, expressive heads, necks, ears and tails. Australian Adventure is bound to be an all-time favorite for the Zoo’s youngest visitors when they have the opportunity to get up-close to this new species.