The RainForest is closed to visitors because of construction, but we haven’t forgotten about one of the newer residents living there - the tiger-legged monkey frog! 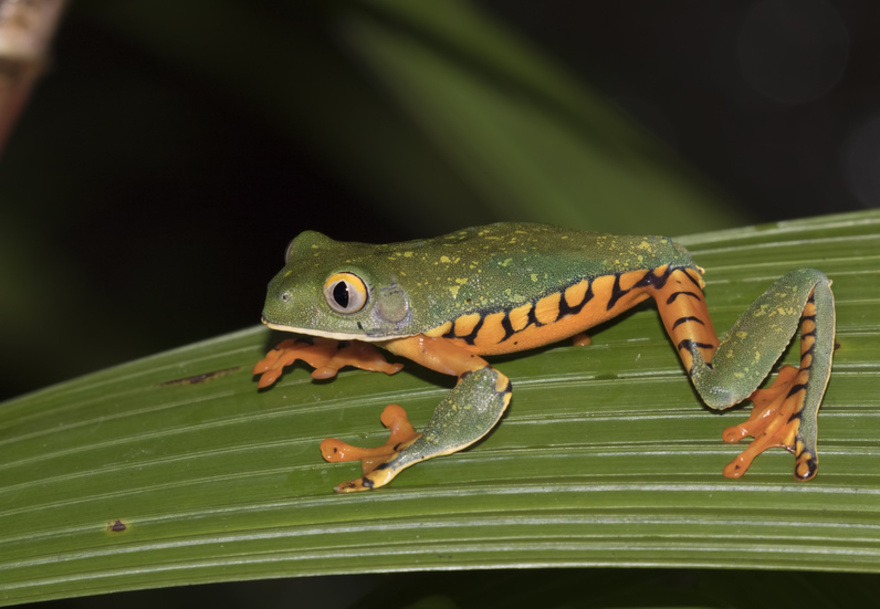 Native to the swamp lands of South America, these tree frogs are also commonly known as the waxy monkey tree frog. They have wax-secreting glands on their back elbows and butt.

The wax is rubbed all over their body, sealing in moisture and allowing these tree frogs to take advantage of drier conditions. Unlike most frogs, the tiger-legged monkey frog does not jump from place to place but rather walks like a monkey, hence its name. 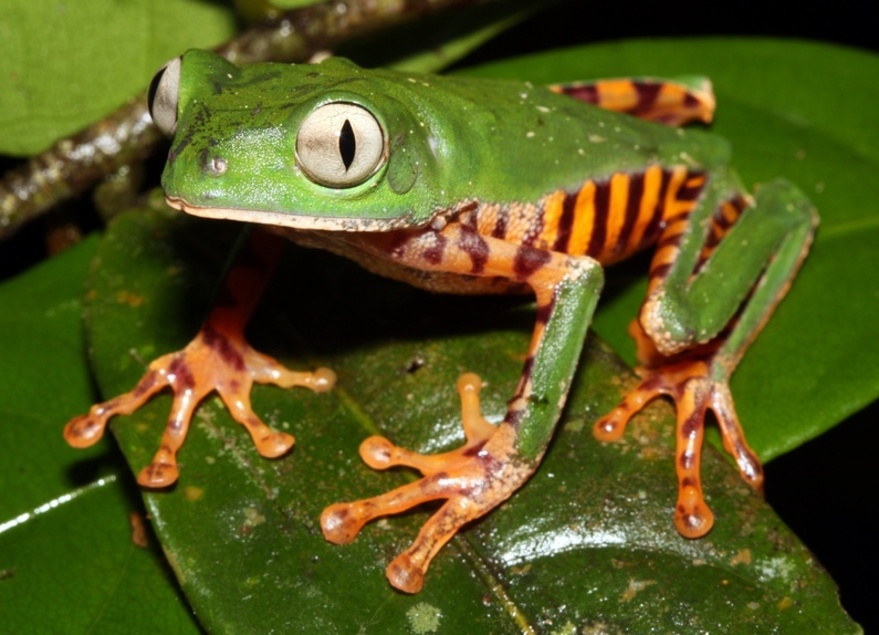 The tiger-legged monkey frog has an orange underbelly that is covered in small black stripes, much like a tiger. This tree frog looks like a tiger on its lower half, a normal green frog on its upper half and walks like a monkey - we think it’s the coolest frog in Cleveland!

Like most frogs, the tiger-legged monkey frog thrives in heat and humidity ranging from 70-100%. Males are often much smaller than females, and mature individuals can live up to five years. The frogs do well living in groups, as long as everyone has their space.

Once The RainForest is reopened, see if you can spot this amphibian hiding in its habitat on the lower level.