Only three years ago, we here at Cleveland Metroparks Zoo joined people from all around the world to launch the first World Gorilla Day and celebrate the success of the Dian Fossey Gorilla Fund as the world’s longest running and largest organization dedicated entirely to gorilla conservation.

The 50th Anniversary of the Fossey Fund was a fantastic opportunity to highlight the many accomplishments of the organization over time, including a reversal of the trajectory of the mountain gorilla’s population status from critically endangered to being the only ape population now increasing in number.

My own passionate commitment to gorillas and gorilla conservation was sparked by a National Geographic special on Dian Fossey that I watched as an undergraduate student at Bowling Green State University. Today, I represent Cleveland Metroparks Zoo by serving on the Board of Directors for the Dian Fossey Gorilla Fund where I help guide the organization’s activities and ensure its secure financial stability. I am so proud to contribute to conservation in this way and I thoroughly enjoy learning more and more about the organization, advancing its mission, and shaping its vision for the future. 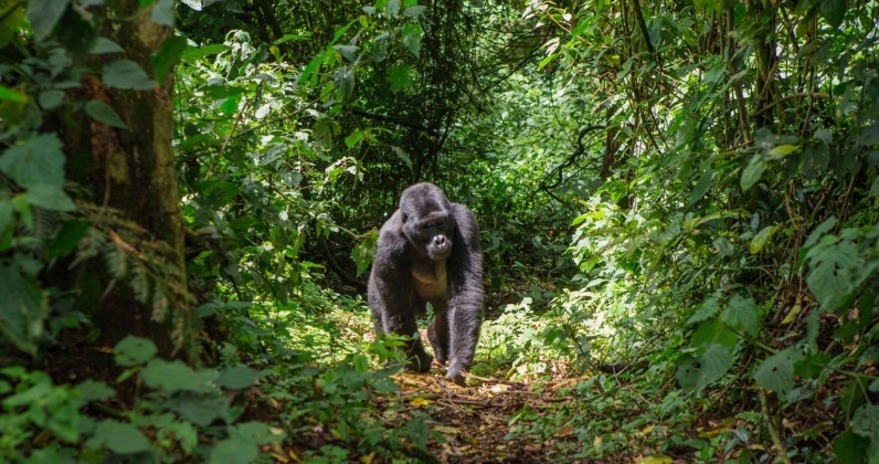 Dian Fossey was not your typical scientist

If you are over a certain age (ahem), you probably remember when Dian Fossey gained fame for her innovative work with mountain gorillas as one of Louis Leakey’s “Trimates” along with Jane Goodall, who studied chimpanzees, and Birute Galdikas, who studied orangutans. Dr. Leakey was an anthropologist who aimed to introduce a new approach to studying the great apes by hiring three lay people (i.e., non-scientists), all female, to immerse themselves into the lives of their study subjects and uncover the secrets of their elusive behavior.

As a tough and brave woman, Dian had the courage to face difficult field conditions and adjust her plans in the face of the political instability she encountered in the Democratic Republic of Congo where she first set up camp. She ended up seeking refuge in Rwanda, where she established her permanent research camp in Volcanoes National Park. As a former occupational therapist, she had the patience, determination, and keen observation skills to gain the gorillas’ trust slowly and steadily.

Her approach uncovered the gentle nature of gorillas, debunking the common King Kong myth and revealing the range of personalities held by gorillas of all ages. She provided a voice for the species, befriending some individuals (like Digit) and naming others after family members (such as Uncle Bert). She eventually and somewhat reluctantly completed her Ph.D. – a step considered essential for gaining legitimacy among scientific peers – and therefore joined the ranks as an authentic primatologist.

Her commitment to science eventually became overshadowed by desperate attempts to protect her beloved mountain gorillas from poaching and habitat loss, and her work and legacy are credited with improving the conservation status of mountain gorilla populations. But I believe it is her nontraditional background and humble approach to animal behavior research that continues to inspire young, emerging, and, often, female students (including yours truly) to visualize and achieve their dreams of becoming scientists who can make a difference in conservation. 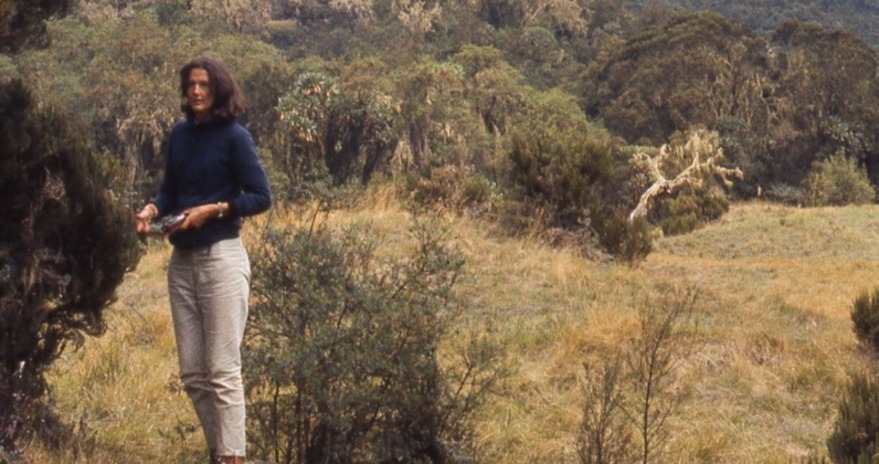 The gorillas receive and deserve most of the attention, but it is really the people engaged by the Fossey Fund who are making a difference for conservation. Faces of conservation belong not only to wildlife professionals but also to people living in communities around natural areas, local decision makers, educators and their students, and rising university students pursuing a career in conservation.

Cleveland Zoological Society members and donors are likely familiar with The Memoirs Program, a partnership between Cleveland Metroparks Zoo and the Fossey Fund to build scientific capacity in students majoring in conservation and biology at the University of Rwanda. The Memoirs Program is a fantastic program that provides an opportunity for our Case Western Reserve University Ph.D. students to mentor and advise Rwandan students, providing cross-training and capacity building experiences across the board. It is one of the Zoo’s signature conservation programs that has, to date, provided in-person training to more than 75 young Rwandan biologists since 2014.

The Fossey Fund’s commitment to education and training is also evident throughout other programs within the organization. For example, university scholarships help trackers complete undergraduate degrees and support graduate-level training for staff members interested in earning advanced degrees.

But the Fossey Fund’s impact on people expands beyond those affiliated with the organization and extends to local people whose decisions and behaviors have the potential to affect wildlife conservation in the region. For instance, a key feature of the Fossey Fund’s work in protecting gorillas is the involvement of local communities, including nearby villages, schools, governmental authorities, and traditional landowners.

In many places where gorillas are located, people are impoverished and struggle to meet basic nutrition, water access, and health care needs. To help address these threats to human survival, the Fossey Fund implements programs to enhance food and water security, sustainable income generation, and access to health care resources. All interventions are designed to reduce human pressures on the forests while supporting people living in and around the same forests. The goal is for people and wildlife to thrive together. 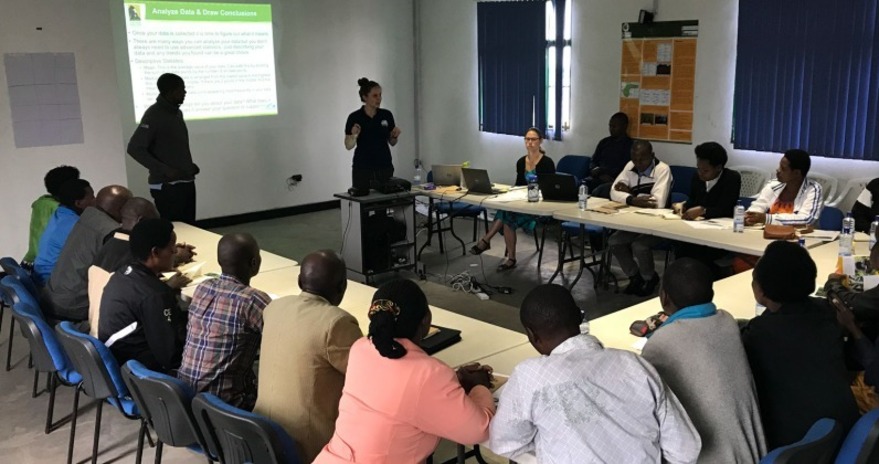 DFGF works in Congo, too!

You probably have heard that mountain gorilla protection and monitoring teams have been in place in Rwanda since 1967 when Dian Fossey first established Karisoke Research Center. Many people do not realize that the organization’s reach expanded to nearby Democratic Republic of Congo in 2012 when the Fossey Fund established the Nkuba Conservation Area to conduct surveys on Grauer’s gorillas and other large mammals. Only 8 years later, the Fossey Fund works with 12 local families who protect more than 1,300 square kilometers of primary forest that is home to an estimated 150-200 Grauer’s gorillas.

This work is very timely and extremely important because Grauer’s gorilla populations have declined drastically over the past 20 years. Unlike mountain gorillas, who live in densely populated and intensely protected national parks, Grauer’s gorillas range over much larger areas of forested land areas that also provide subsistence to people living in remote villages. The Fossey Fund can apply lessons learned from its 50+ years of experience working in Rwanda to help coordinate protection and monitoring of Grauer’s gorillas, conduct essential research, and provide outreach and support to local communities.

DFGF is the only organization who is on the ground, 365 days a year, working directly with communities to protect the critically endangered Grauer’s gorillas. Because of this, DFGF was selected to be a primary conservation partner for the Association of Zoos and Aquariums Gorilla SAFE program. Cleveland Metroparks Zoo is the lead organization for the Gorilla SAFE program and is working with eight other AZA zoos to advance and fund DFGF’s conservation work with Grauer’s gorillas in DR Congo.

You know DFGF has gorilla experts…but DFGF scientists also study birds, golden monkeys, butterflies, and amphibians, too! Because gorillas are so adaptable to changing environmental conditions, it is easier for researchers to use other animals, such as amphibians, to understand how the gorillas’ natural habitat is affected by human influences like climate change.

This expertise has not gone unnoticed; last year, Fossey Fund teams found the most bird species of all teams in Rwanda who participated in the Global Big Day bird count, an international community science initiative that encourages people to count the number of birds they observe in their local environment in one day. Bird watching is an activity accessible to everyone and can often be an entry point for a love of and respect for the natural world. 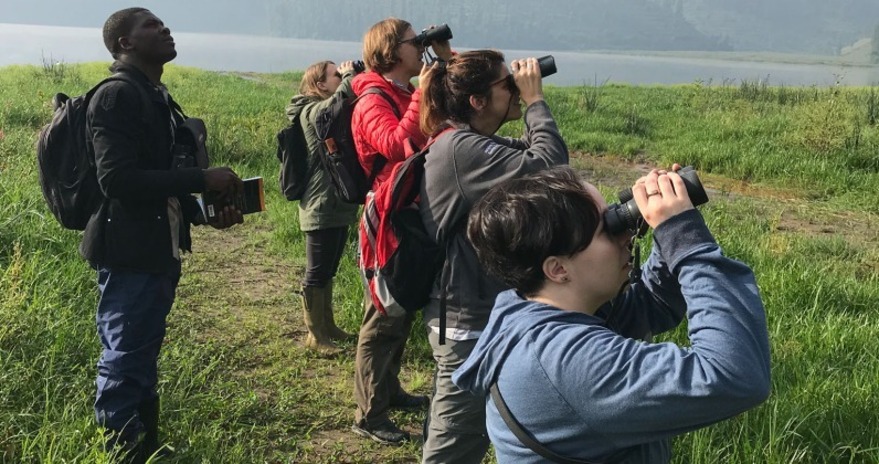 Laura BK and I recently met up with one of our former Memoirs Program students, Elie Sinayitutse, who is on his way to becoming one of Rwanda’s ornithologists. We met up with him on our last trip in February and he treated us to a wonderful birdwatching experience at Lake Karago. It was incredibly special to see a talented former student sharing his growing expertise with us in the natural environment.
Photo credit: Kristen Lukas

Okay, so you may have heard about this one…but we are so excited to share this news! Thanks to the generosity of the Ellen DeGeneres Wildlife Fund, as well as the DFGF Board of Directors and other donors, the new Ellen Campus of the Dian Fossey Gorilla Fund will be the first purpose-built and permanent home of the Fossey Fund.

The Ellen Campus includes student dormitories, modern research facilities, an education center with meeting space, a library and computer lab, flexible meeting spaces, and living plant laboratories. Currently, those who make the unforgettable journey to Rwanda to trek the mountain gorillas may stop in at the current DFGF office building in the town of Musanze to experience the Karisoke Exhibit and learn more about the mission and activities of the organization.

When it opens in 2021, the new Ellen Campus will feature a dynamic Conservation Gallery to welcome all guests and bring them on a journey to discover more about Dian Fossey, the gorillas themselves, and cooperative approaches to modern conservation. To get a glimpse of some of the people whose work will be featured in this section of the new exhibit, check out the Gorilla Game Changers video series that The Ellen Fund and Fossey Fund have created together: https://theellenfund.org/galleries.

As a DFGF board member and affiliate scientist, I have been working with the Fossey Fund team to craft educational messaging that will be incorporated in the Conservation Gallery and provide compelling experiences for guests to contribute to gorilla conservation during and after their visit. The vision for the publicly accessible area of the campus is to use gorillas as an entry point for a lifetime of conservation activism.

Incorporating strategies developed by social scientists and conservation psychologists, we are creating fun and engaging experiences to encourage visitors to reflect on their own environmental aspirations and personal connections to the mission. By the time guests reach the Gorilla Café, they will have had the opportunity to consider how they, too, might have something unique and valuable to contribute to gorilla conservation, both in the moment and after leaving the exhibit. 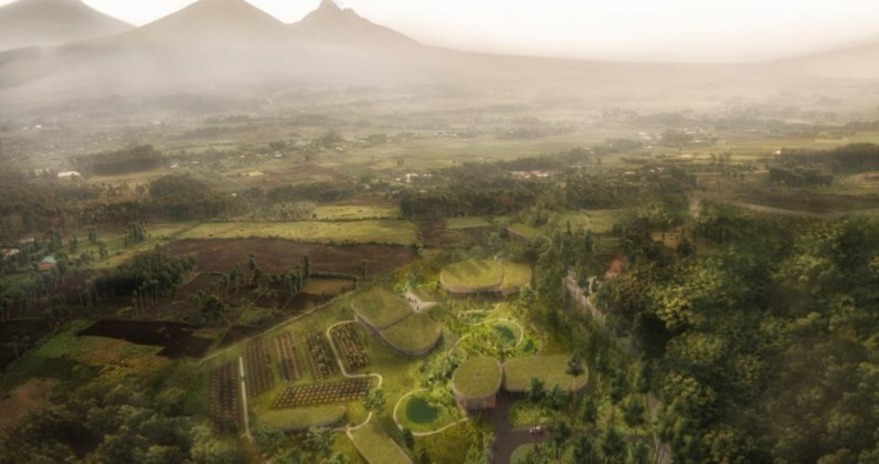 The Zoo’s own Jim and Linda Francis made a significant donation on behalf of Cleveland Metroparks Zoo to the campus and as a result, visitors to the Ellen Campus will have the opportunity to walk along the Cleveland Metroparks Zoo Interpretive Trail where they will see and learn about the wide range of plant species that sustain gorillas and other wildlife in Rwanda’s Volcanoes National Park. Photo credit: MASS Design

These are the unique and often overlooked aspects of the Fossey Fund that make its impact so substantial, so widespread, and so long lasting. This is an incredibly special organization built on the foundational work of a passionate and non-traditional scientist, that conducts meaningful and relevant people-centered work, and applies lessons learned to new conservation challenges and emerging landscapes of conservation importance.

Its scope and influence is diverse but always connected to the protection of gorillas, and its future legacy is only beginning to be established in the form of an innovative and accessible campus that will honor its deep legacy, catalyze contemporary conservation efforts and inspire the conservation leaders – the gorilla game changers – of tomorrow.

This blog was written by Dr. Kristen Lukas, Director of Conservation & Science at Cleveland Metroparks Zoo.