ASK THE EXPERT: How do gorillas communicate?

A. There are a lot of ways gorillas communicate
− Dr. Elena Less, Associate Animal Curator 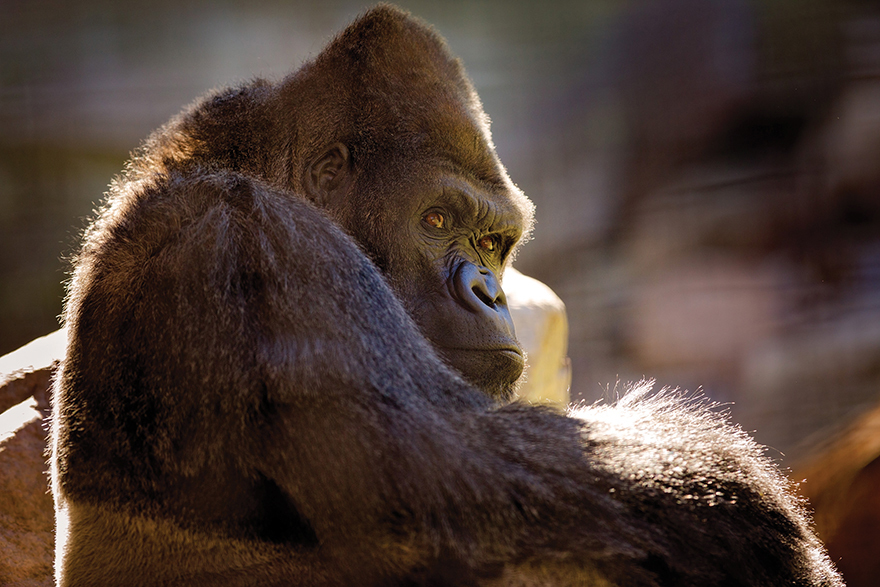 At the Zoo, silverback Mokolo will often grumble and the females will respond back to him with grumbles.

Additionally, grumbles can be used in ways to express comfort. Kayembe, the Zoo’s baby gorilla, will often grunt or get fussy when hungry, prompting Freddy to respond. “Freddy can be heard making a grumble comfort vocalization to help settle Kayembe down,” said Dr. Less. 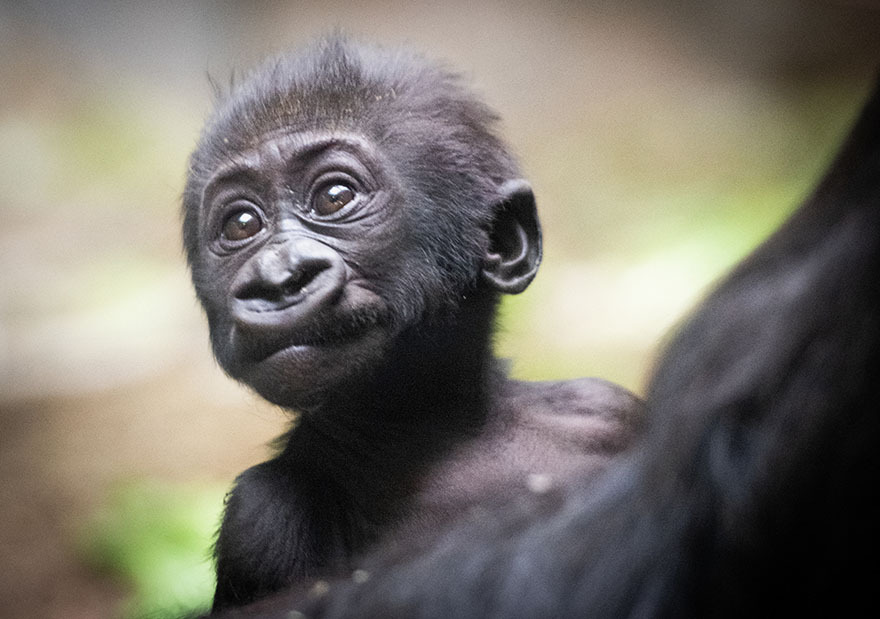 Other forms of verbal communication are sometimes used to avoid physical conflict. If a female gorilla is unhappy with a situation, she may first cough grunt then express a high-pitched scream. This will convey to a silverback like Mokolo that he needs to check out what’s going on and possibly intervene.

Nonverbal communication involves a lot of awareness and visual cues within a gorilla troop. “Many times you’ll see gorillas looking at each other with a lot of side-eyes. They won’t often look directly at each other,” said Dr. Less. “Gorillas will do this to keep tabs on everyone around them.” 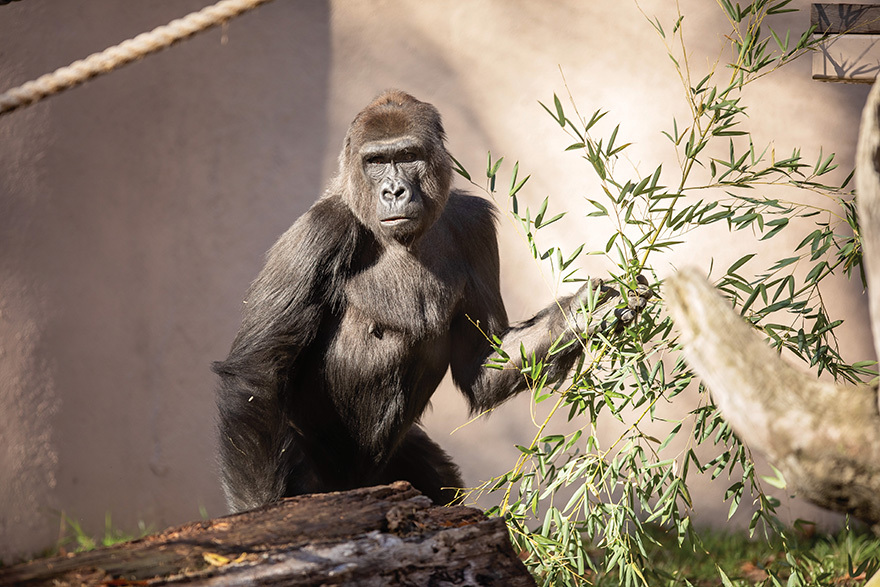 Kebi Moya - one of the Zoo's female gorillas.

Posture is another big way of communication, especially among males. If a male gorilla is unhappy or feels threatened, he may stiffen his stance with a puffed chest to look big and threatening. They may also beat their chest to indicate they’re about to display or charge another gorilla.

In groups with young gorillas, play is a common form of nonverbal communication. The Zoo’s current troop does not exhibit much play as they’re all full-grown adults. But once Kayembe is a little older, he’ll likely be jumping all over and interacting with every gorilla. “He’ll keep everyone socially on their toes!” said Dr. Less. 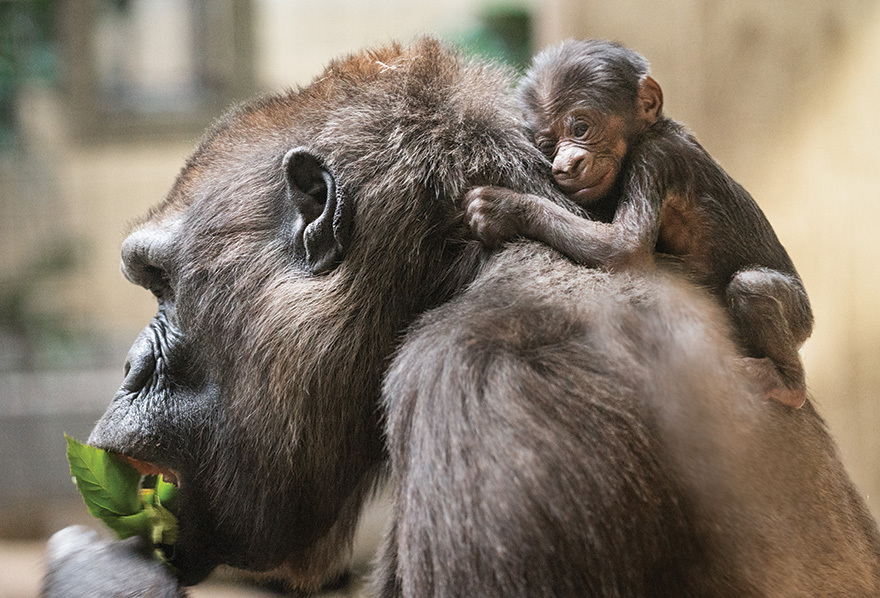 Freddy has moved up to the top of the hierarchy.

Finally, gorilla social structure is very political, and status often shifts within groups led by the silverback male. One female may be at the top of the hierarchy if the silverback prefers her during ordinary times. When a female becomes pregnant, everyone’s position within the group is likely to shift and the pregnant female moves to the top. “The same will happen if a baby is born. The baby’s safety becomes the silverback’s priority. So whichever female cares for the baby will be most important to the silverback,” said Dr. Less.

For over 25 years, the Zoo has had a strong connection to the Dian Fossey Gorilla Fund in Rwanda, the world’s preeminent center for gorilla protection and study. Watch and listen to gorillas communicating in the wild below.