One of the oldest habitat at Cleveland Metroparks Zoo is getting a major renovation.

Bears are a popular species for Zoo guests of all ages – and our Zoo is lucky to have several types of bears to see and learn about. An exciting new habitat is being built for the Zoo’s tropical bears that will greatly improve the welfare of the bears, and expand viewing and learning opportunities for guests. 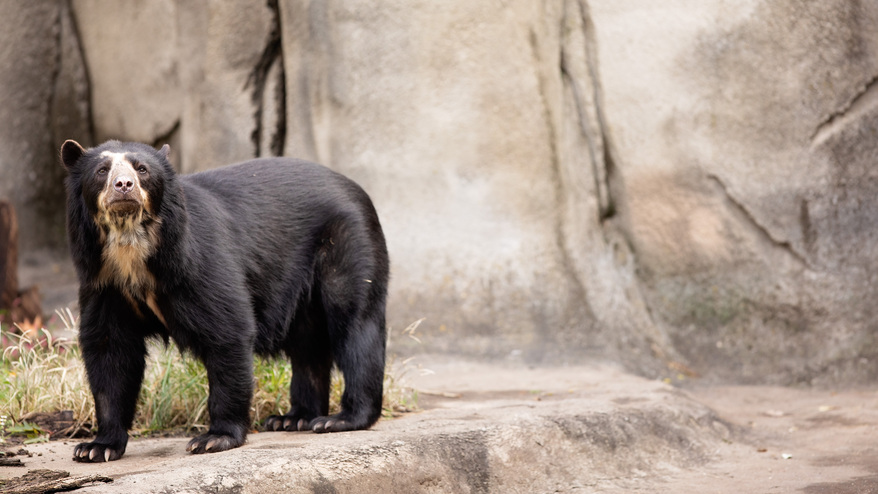 Cleveland Zoological Society friends and donors recently gathered on a beautiful July afternoon in celebration of this project, which was announced to the public in June.

The project - Bear Hollow – is now under construction behind Rosebrough Tiger Passage and will be open by summer 2023. The Cleveland Zoological Society raised $3.5 million for the project, including a leadership gift from a long-term donor.

“Our Andean and sloth bears are incredible ambassadors for their vulnerable counterparts in the wild,” said Dr. Christopher Kuhar, Cleveland Metroparks Zoo Executive Director. “The new Bear Hollow will be transformational for our guests and, more importantly, for our bears, and will provide opportunities for our Zoo to play a role in sustaining these important species.”

One of the first things to know about Bear Hollow is that tropical bears are much different from North American bears such as the grizzlies and black bears. 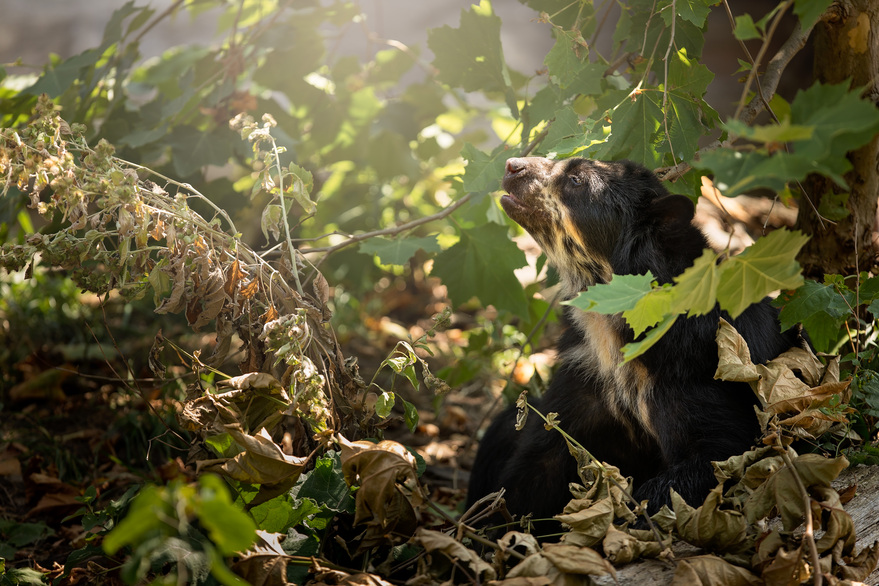 Andean bears are the only species of bear native to South America.

Andean bears are the only species of bear native to South America. They live throughout the Andes mountain range from Venezuela to Argentina. They require large and relatively undisturbed habitats and are rarely seen by humans. They are arboreal, meaning they like to climb and rest in trees, and they have been known to build nest platforms high up in trees for feeding and sleeping.

The sloth bear’s name comes from the resemblance to the three-toed sloth and their ability to hang upside down from tree limbs. The sloth bear has a grey/white snout which acts like a vacuum cleaner in sucking up termites, ants, bees, or grubs from trees. Their fur is black, long and shaggy. Their ears are relatively large, and their long, curved claws make them good climbers with a keen sense of smell which helps them locate food.

Both Andean and sloth bears are omnivores, they eat bugs and insects, and they also consume a diet of fruit (mango and fig), flowers and honey.

Both Andean and sloth bears are considered vulnerable species according to the International Union for Conservation of Nature (IUCN) Red List. Habitat loss and conflict with humans pose some of the biggest threats to these animals in the wild.

Andean bears are a key conservation species for Cleveland, and Bear Hollow will include educational signage about the work of ABCA and how protecting the bears environment will be critical to continuing the species in the wild.

Bear Hollow will completely transform the current 50-year-old habitat with significantly larger and more complex habitats for the Andean bears, Alfred and Cay, and the Sloth bears, Shiva and Balawat. New features will include climbing structures, elevated resting areas and dig pits to provide opportunities for the bears to act as they would in the wild.

The space will have multi-layer resting areas for bears as well as different viewing spots for guests who can sneak a peak at them in a tree, resting in a cave or climbing.

The four new habitats will be nearly triple the size of the former spaces and enhance guest viewing and animal care efforts with Andean and sloth bears. 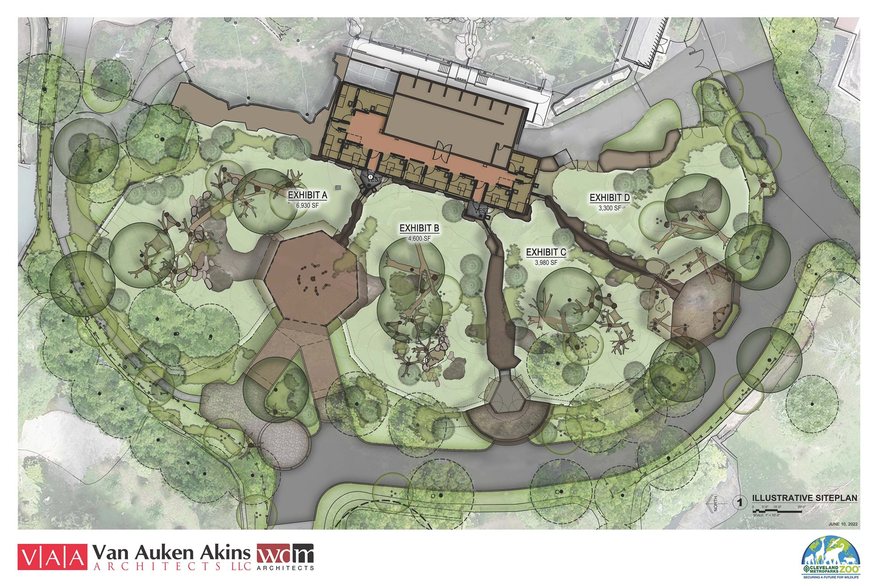 Bear Hollow will have four separate habitat areas that will be interconnected, providing the bears more complexity by offering variable areas to experience similar to the designs of Daniel Maltz Rhino Reserve and Rosebrough Tiger Passage.

Bear Hollow will be nearly triple the space for bears outside. Enhancements behind the scenes include new holding dens and maternity spaces to help breeding efforts, as well as indoor, multi-story resting areas to better support nesting mothers or young bears. 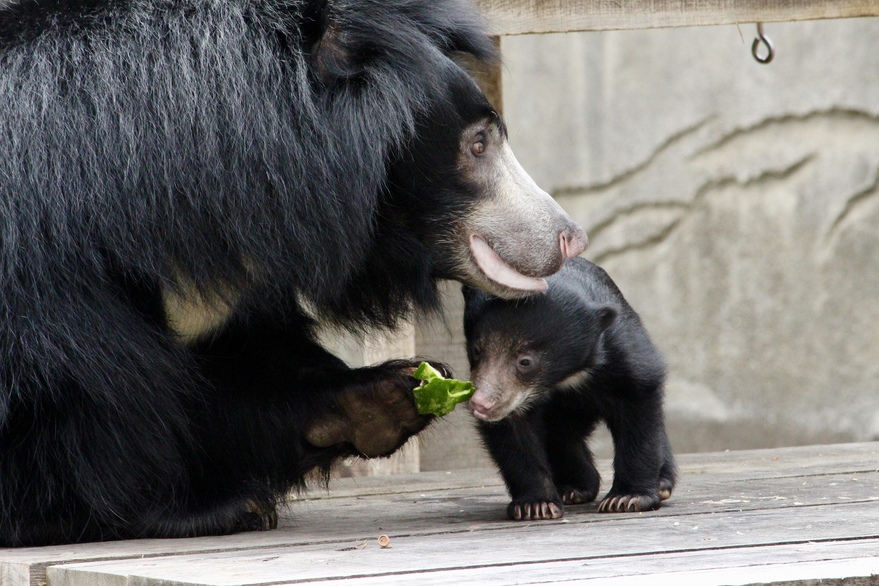 In 2019, the Zoo celebrated the first sloth bear birth at our Zoo in 30 years.

A second viewing area will allow guests to get up-close views of animal care staff conducting training for bear health and husbandry monitoring. This space will help connect guests to what typically happens behind the scenes during training sessions.

Construction work has begun, and guests will be able to see progress throughout the summer and fall. Our bears are in temporary homes – including sun bear Scruffy currently in Asian Highlands – and the animal care team is already at work planning enrichment and new training ideas for the bears to use Bear Hollow.

Connect with us on social media for up-to-date information on this exciting project.