The basics on bison

While this isn't the first time your Zoo has had bison, it's been quite a while. Keep reading for five facts you may not know about bison...

You're likely familiar with the bald eagle, which has been our national bird of the United States since 1782. But did you know the bison is the national mammal? The National Bison Legacy Act was signed into law on May 9, 2016. Officially recognizing the bison as our national mammal represented years of hard conservation work to save an animal that was nearly extinct because of our own doing. 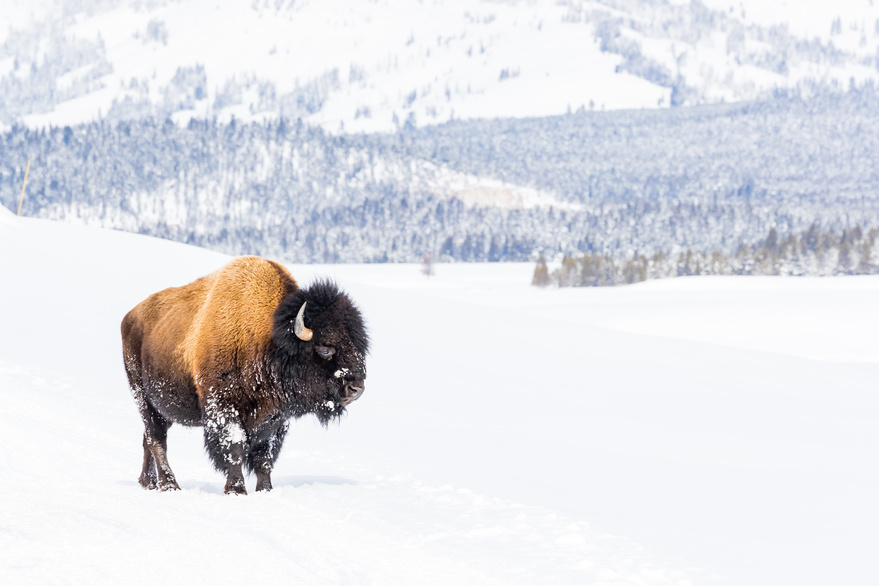 Bison are the heaviest land mammal in North America. Male bison can weigh up to 2,000 pounds with female bison weighing up to 1,000 pounds. These animals are fast, running up to 36 miles per hour! They also have a vertical jump of about six feet.

Bison are grazers, foraging grasses and leafy plants around 9-11 hours each day. A bison's large, muscular shoulder hump acts as a built-in snow shovel. Bison will move their heads side-to-side to push snow out of the way when foraging for food.

Bison have developed adaptations to survive the extreme weather. Thick, wooly coats provide insulated protection during freezing temperatures. A bison's longer hair in their front helps push snow out of the way when searching for food. Bison are also able to slow their metabolism to conserve energy during the winter.

In the warmer temperatures, bison often wallow (or roll around) in dirt. Just like with rhinos, wallowing is a way to keep flies from biting. It also helps bison shed fur in the warmer months.

3. Not every prehistoric animal was a dinosaur...

Scientific studies have shown that the first bison immigrated to North America roughly 195-135 thousand years ago from Siberia over the Bering Land Bridge (which is now under water). The bison we see today are living descendants of these much larger, ancient bison. 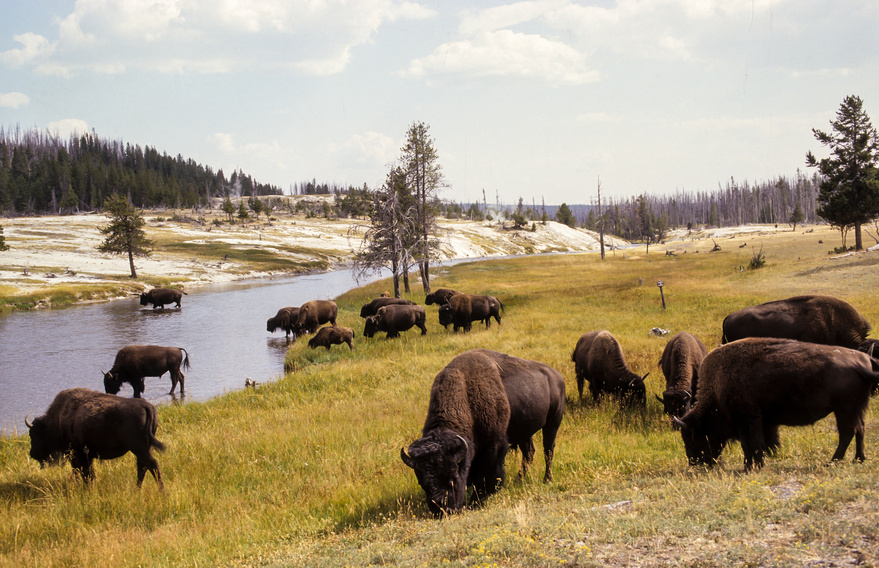 Yellowstone National Park, located mostly in Wyoming and extending into Montana and Idaho, is the only place with proof that bison have lived there continuously since prehistoric times. Studies of fossils and oral histories have backed up this claim.

5. Coming back from the verge of extinction

In the mid-1800s, an estimated 30 million to 60 million bison roamed the Great Plains of North America. Just a few decades later, in the late 1800s, bison numbers were below 600 individuals.

Considered a sacred animal to many indigenous tribes in the Plains, bison were heavily relied upon for many aspects of life, including food. Indigenous people only took what was needed and used the entire animal, leaving the bison populations in a safe and continuous flow.

It wasn't until the rapid expansion of European setters across North America that bison numbers dramatically declined. The U.S. government's policies at the time stripped Indigenous people of their land and forcibly relocated many of them to reservations within the Great Plains. These relocated groups wound up with shared hunting grounds where the bison population could not keep up.

Westward expansion with settlers and railroad lines continued to bring issues to bison numbers. The U.S. Army even gave free ammunition to bison hide hunters, who were killing between 15,000 and 25,000 bison each year. Eliminating bison was a way to force control on Indigenous groups. Bison were also killed for sport as well as for profit.

The American Bison Society (ABS), the first national project to save a local species, was formed in 1905. Among the founders of ABS were U.S. President Theodore Roosevelt and Bronx Zoo Director William Hornaday. Between ABS and the U.S. Department of the Interior, groups of bison were designated as protected. Legislation was passed to allow punishment for poachers in an effort to protect the few remaining bison herds at the time.

Today the International Union for Conservation of Nature (IUCN) lists the bison population as stable, with an estimated 11,000-13,000 adult bison. The bison's official IUCN Red List label is "near threatened," which is a dramatic recovery for an animal that was down to less than 600 individuals. 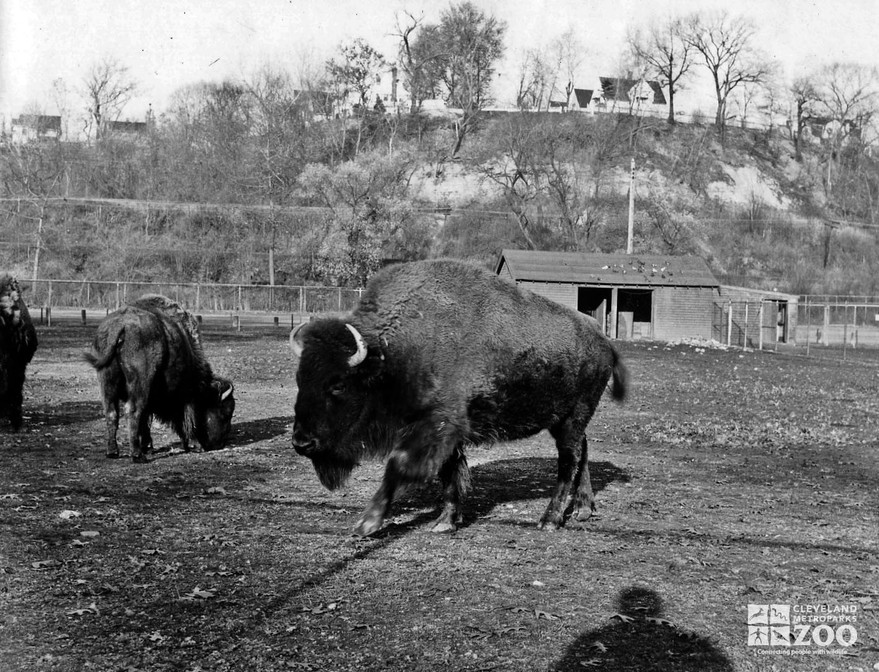