Cleveland Metroparks Zoo has a new home for its ambassador animals, thanks to the generosity of Don and Sally Messinger.

The Don and Sally Messinger Nature Innovation Station is located in the Zoo’s Australian Adventure and is a home for several species of ambassador animals. 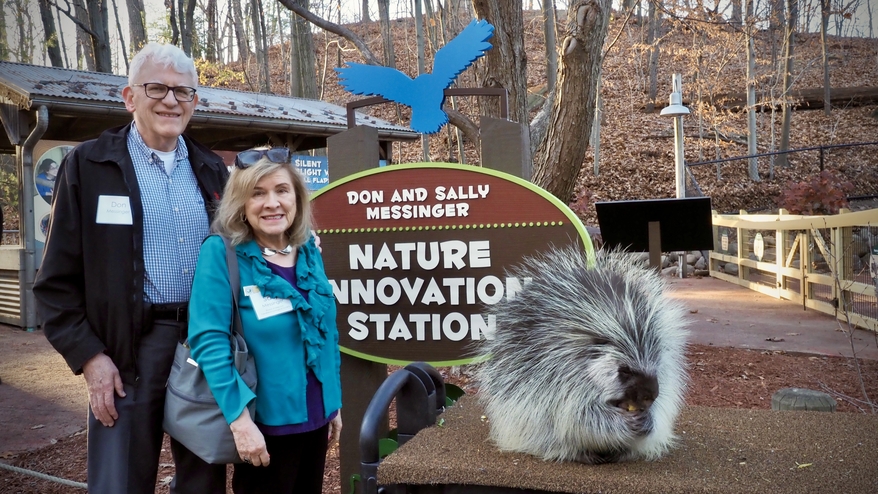 Ambassador animals are animals used in education programs or during special events at the Zoo. An education specialist or keeper accompanies the animal to the public event and teaches guests and school groups about the species. Cleveland Metroparks Zoo has several kinds of birds, small mammals, snakes and a porcupine in its ambassador animal program.

These animals have been housed outside of public view for many years. Dr. Christopher Kuhar, Cleveland Metroparks Zoo Executive Director, said the new habitat is an improvement for both the animals and Zoo guests.

“Ambassador animals play a critical role in our education and outreach programs, and yet many guests have never seen these species,” said Dr. Kuhar. “The Sally and Don Messinger Nature Innovation Station not only provides a naturalistic space with better enrichment opportunities for the animals, but, just as importantly, it allows our guests to see these animals and learn from them during each Zoo visit.”

The new habitat includes several mews for birds, signage on biomimicry and how scientist learn from the natural movements of animals, as well as a space for school groups to gather and see a program from the education team. 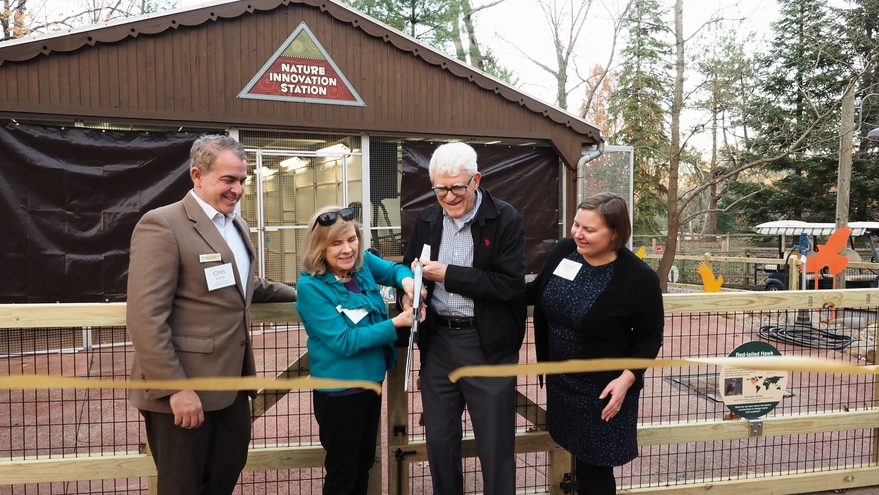 “Building a house for the ambassador animals was the perfect project for me and my husband. I help people move into their new homes, and now I have the opportunity to do that for some very special animals,” said Sally Messinger, a Howard Hanna Realtor and longtime board member of the Cleveland Zoological Society. “I hope my friends will take a picture in front of the new Ambassador Animal Home and send it to me at my email: SallyMessinger@HowardHanna.com.”

“We are so thankful for Sally and Don’s generosity and for Sally’s service on the Cleveland Zoological Society Board of Directors,” said Dr. Kuhar. “Sally is always looking for a way to help the animals and support our plans for new spaces for animals and guests.”

On Thursday, November 10, the Zoo Society hosted a grand opening celebration for the new exhibit, concluding with a small, private dinner. Cleveland Metroparks Zoo, including the brand new home for its ambassador animals, is open year round, except for Christmas Day, and New Year's Day. 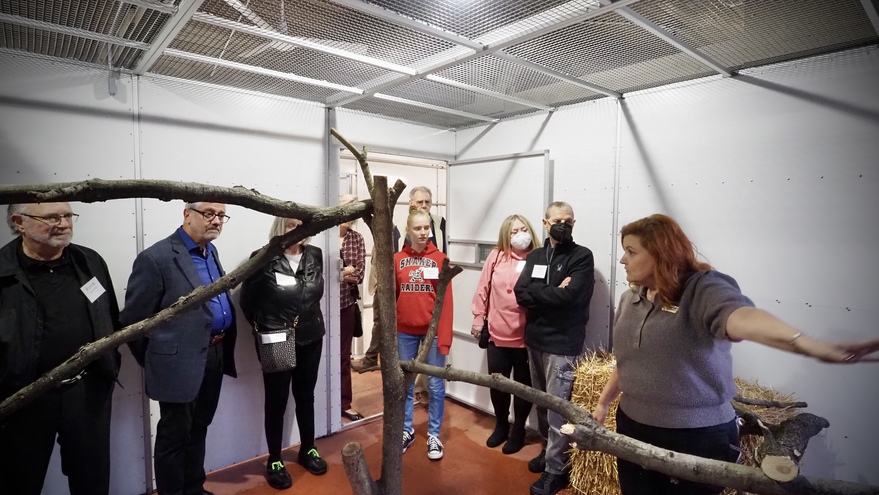 Guests at the private event were given an inside look at the building before the animals moved in.