Leading the way for giraffe

Cleveland Metroparks Zoo is taking on a new, national role to secure a future for giraffe in the wild 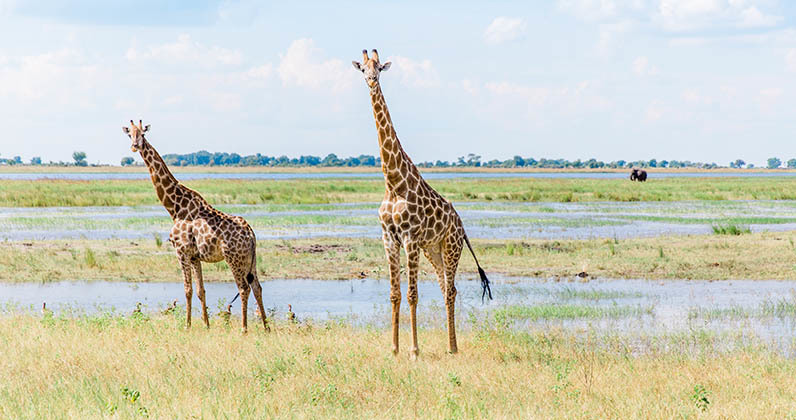 Cleveland Metroparks Zoo has been at the forefront of international conservation efforts for more than a decade. The Zoo’s 2017 rebranding initiative helped bring this work back to the Cleveland community, and now a brand new leadership role in giraffe conservation from the Association of Zoos & Aquariums (AZA) will reinforce that the Zoo’s staff and vision is helping secure a future for wildlife.

AZA’s SAFE program (an acronym for Saving Animals From Extinction) leverages member organizations' expertise and public reach to protect threatened species. AZA has SAFE programs for a variety of endangered animals including cheetah, gorilla, black rhinos and sea turtles. In addition to a handful of these SAFE “signature species,” AZA encourages zoos to create “member sponsored species programs.” These programs put the responsibility in the hands of zoos – not AZA itself – to chart a course that will lead to a successful field conservation program.

In January 2018, AZA announced the addition of giraffe as a SAFE species; Cleveland Metroparks Zoo and Cheyenne Mountain Zoo will be the leaders of the Giraffe SAFE program.

I recently sat down with Dr. Kristen Lukas, Director of Conservation and Science at Cleveland Metroparks Zoo, to discuss giraffe conservation and her efforts in advancing the giraffe SAFE program. 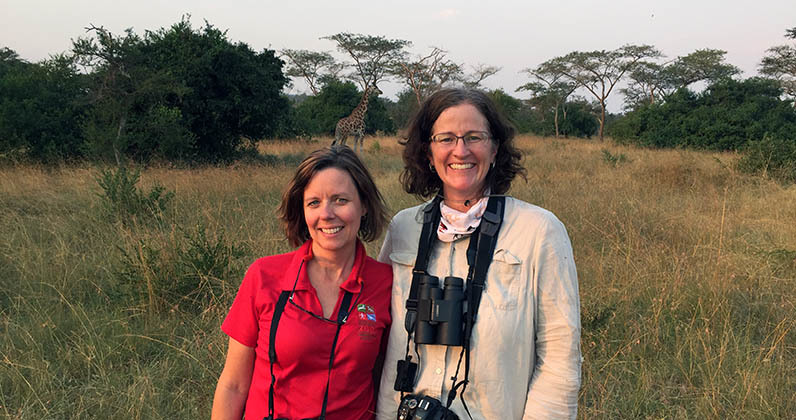 Giraffe were recently added as a SAFE species. How was this species selected? What is the Zoo’s role in giraffe SAFE?

In order to be considered as a SAFE member-sponsored species program, the species must be threatened in the wild. Two or more zoos must be involved with the species’ field conservation for at least two years, and their work must fit into established conservation action plans for the species. Cleveland Metroparks Zoo and Cheyenne Mountain Zoo in Colorado Springs came together to draft an application for giraffe.

"The decrease in giraffe numbers has been compelling and stunning in recent years. Giraffe are charismatic and ecologically important, and good work is being done in the field that we can build on with this program." Dr. Kristen Lukas, Cleveland Metroparks Zoo

We consulted members of the IUCN Species Survival Commission Specialist Group for giraffe and okapi, which is co-chaired by our partner in giraffe conservation, Julian Fennessey of the Giraffe Conservation Foundation. Our application was submitted in January, and giraffe were approved as the very first member-sponsored SAFE species! Our next task is to submit a work plan by mid-August.

What threats do giraffe face in the wild? What efforts are being made to protect them?

Like most species, loss of habitat and competing for space with humans and human activity is a primary threat to giraffe. Poaching - accidental or intentional - is becoming more of a problem. Creating protected areas is important, but adding law enforcement to those areas is critical; even if an area is protected, poaching can still occur if laws aren't being enforced.

Specific threats vary by region, too; in Uganda’s Murchison Falls, mining for oil is the biggest threat to their range. This is where much of Cleveland Metroparks Zoo and Cleveland Zoological Society’s work is done. We supported Operation Twiga, which in 2016 translocated giraffe across the Nile River to a more secure area within Murchison Falls National Park. 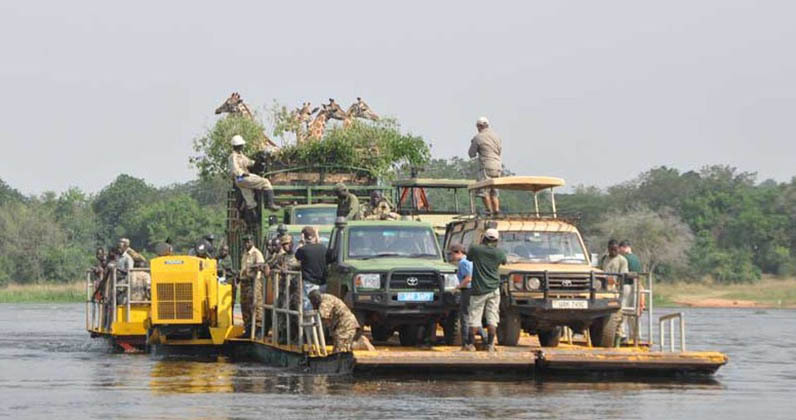 One thing that's still lacking is information on where giraffe are, how they're using their space, and what ecological resources they depend on. So there's an increase in efforts to monitor populations to better understand where they are, and what should be priority in terms of protection, legislation and work. There's some interesting tech emerging where people are using software to identify the spots of individual giraffe for better monitoring, and radio collaring techniques are also advancing.

What can people do to help save giraffe?

I think that emphasizing that people are the problem, and people are the solution, is really important. Creating conservation easements to protect wildlife, innovating with communities to create alternative sources of livelihood to curb things that hurt giraffe, and working with local communities to sensitize them to the wildlife that share their habitat, reduce fear, and decrease human-wildlife conflict is so important.

To our Zoo guests in Cleveland, awareness and action really do make a difference: being aware of what the challenges are, knowing and caring about giraffe, and taking that extra step to contribute to conservation efforts at the Zoo or online, which directly supports our field conservation efforts. And of course, visit the Zoo and connect with giraffe up close – that kind of experience just changes you. 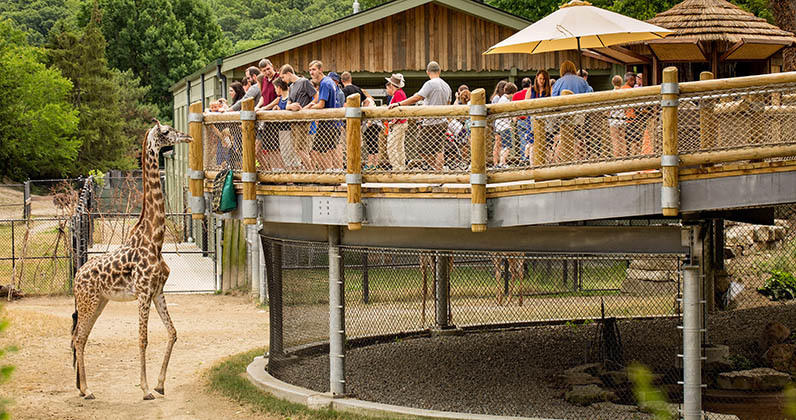 What does World Giraffe Day mean to you?

One thing that's really cool about celebrating World Giraffe Day (June 21) is just taking a moment to celebrate and appreciate giraffe. They are truly amazing creatures and so many people love them. Stopping and taking a moment to celebrate and think about them, and not lose sight of the fact that if we don't do something, we're at risk of losing giraffe. Not to be a downer but it's really important – they’ve declined severely in 20 years and that trend, if continued, will wipe them out. They’re graceful, large, gentle, those big brown eyes ... I haven't talked to anyone about giraffe that doesn't like them.

Have you seen giraffe in the wild?

I went to Africa for the first time in 1997, and I was studying gorillas for grad school and teaching a field course on animal behavior.

That was probably the most significant experience on that trip - it wasn't seeing the primates, or anything I expected - it was the giraffe that left the most memorable impression.

I also distinctly remember every single time I’ve had an opportunity to feed a giraffe at Cleveland Metroparks Zoo or another zoo. I never pass up on a chance to see a giraffe up close! And this January, seeing the fifteen giraffe in Lake Mburo that we translocated, thriving in their new environment was also really impactful. It's so cool to be part of that!

For more details on what your Zoo is doing to help giraffe in the wild, go to FutureforWildlife.org.