A visit to the gorilla habitat at the Primate, Cat & Aquatics building looks very different this year than it has the past two decades. 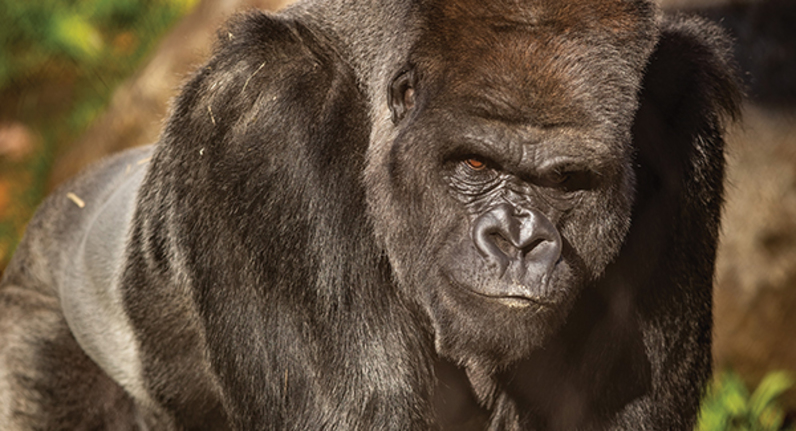 For the first time since 1994, your Zoo is home to a gorilla troop dominated by male Mokolo and four females, all new to the Zoo since 2017. The new group created a need for expanded outdoor and indoor yards, increased focus from the animal care and conservation and science teams, and the openness among staff to grow the troop even more.

Two female gorillas arrived at the Zoo in 2017, joining lone silverback, 30-year-old Mokolo, then Nneka arrived in April 2018. The most recent arrival, Tusa, arrived in May 2019 from the Albuquerque Zoo.

Fredrika (or Freddy) and Kebi Moyo (or Kebi) were selected to come to Cleveland by the Gorilla Species Survival Plan (SSP) program. SSP programs oversee the population management of select species in zoos, choosing some individuals to move to other zoos or breed to help the population of the species as a whole.

(From L to R) Kebi, Nneka and Freddy

In 2017 it was determined to bring females to Cleveland to join Mokolo because the arrangement mirrors one type of social structure that occurs in the wild, where gorillas live in family groups with one dominant male and several females.

The gorillas were off exhibit for a few months until last summer so modifications could be made to their indoor habitat. An elevated chute was added to connect the two indoor spaces, allowing the gorillas more than one way to exit and enter the different habitats. Rungs were hung on the interior walls to increase climbing opportunities; a feature the females in particular have been enjoying. “Kebi likes to climb,” said Associate Animal Curator Elena Less, Ph.D. “We often find her up high — and sometimes she rolls from place to place!”

One other significant change might be easily overlooked by Zoo guests: The addition of more than a foot of pine mulch on the floor of the indoor habitat. The use of this deep substrate is something the animal care staff is introducing with gorillas and a few other species in PCA.

“It’s a much softer surface, which means it’s easier on the animals’ joints and bones,” said Less. “It also mimics the natural surface gorillas are used to in the wild, so they can move the pieces around and pick through the bedding, looking for food or nesting materials.”

Changes have been made to the outdoor yards, too. The habitat is now fully meshed and climbing options such as ropes, platforms and rungs have been added to allow the gorillas to maximize the vertical space. The young females Nneka and Kebi climb often and high, says Less. You can often find the younger females on the highest platforms or occassionally even perched on the top wall. 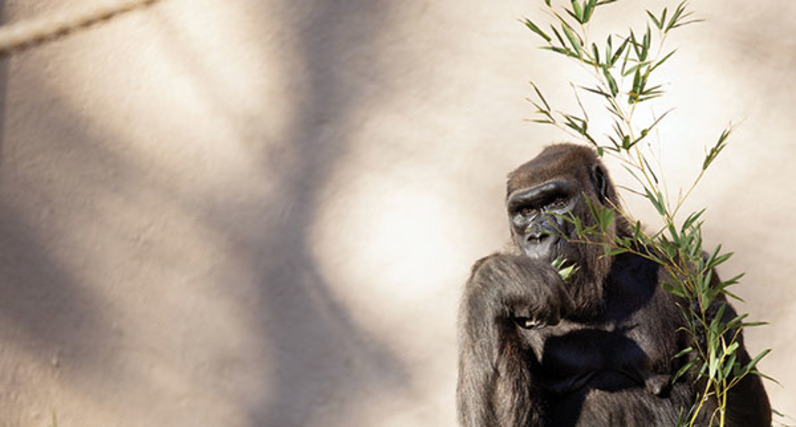 The dynamic among the five gorillas has evolved over the past year.

Keepers who work primarily with the gorillas say they will never forget the display of dominance Mokolo showed when he was first introduced to Freddy and Kebi.

It was a total ‘Check me out!’ moment for Mokolo, recalled PCA keepers, who described how Mokolo quickly came into holding looking even bigger than his 400 pounds because of “piloerection,” or the reflex that triggers the hairs on an animal to stand on end. He was making powerful, guttural calls to the females that the animal care team could literally feel vibrating through their bodies.

At first Mokolo’s daily routine was off, as he almost seemed too distracted and excited to nap regularly and finish his meals. Throughout the introduction period, Zoo graduate research students did daily monitoring of two hormones measured in Mokolo’s urine: oxytocin and cortisol. Oxytocin is a hormone that helps facilitate social behavior and bonding. The second hormone, cortisol, is a measure of stress.

The hormone monitoring indicated that although getting to know Freddy, Kebi, Tusa and Nneka was stressful, it significantly improved the quality of Mokolo’s social life. Now, there is a consistent decrease in cortisol, demonstrating everyone is getting used to each other and adapting well.

Mokolo has adjusted well to the addition of females — the first females he has shared a habitat with since his mother decades ago. “That was one of our big questions: How was he going to do with socially experienced females?” said Animal Curator Tad Schoffner. “It turns out, he’s done quite well. He quickly learned that he had to be selective with his dominant displays with the girls and started to learn things like how to herd them properly, which is a natural skill in the wild.”

Nneka in particular has bonded with Mokolo. When they were first introduced through mesh, they were communicating and trying to pass food through the mess openings, says Less.

The troop is together in the same habitat all the time now, and has fallen into a regular groove. Evening and night access allows the gorillas to be as one unit or separate when needed. Sometimes Freddy can be seen building a nest in the elevated tunnel, much like animals would in the wild. Kebi stays close to Freddy most of the time, and the females have a strong bond, which is an important element in the social structure of gorilla groups.

MOKOLO
The Zoo’s beloved 30-year-old male silverback has adjusted well to the addition of two females. Mokolo weighs in at nearly 400 pounds, double the weight of the females.

FREDRIKA
“Freddy” is a 43-year-old female who came from Zoo Miami in Miami, Florida. Freddy has quickly established herself as the dominant female, says Associate Curator of Animals Elena Less, Ph.D.

KEBI MOYO
“Kebi,” a 27-year-old female, was born at the Columbus Zoo and Aquarium, so coming to Cleveland was more of an adjustment for her than Freddy, who has lived at a few different zoos.

NNEKA
The youngest of the Zoo's growing gorilla troop, 19-year-old Nneka came from San Francisco Zoo just in time for the opening of the expanded outdoor gorilla yard at Primate, Cat & Aquatics building.

TUSA
The most recent arrival to the Zoo, Tusa is a female that came from the Albuquerque Zoo this May. She's quickly made herself at home in Cleveland. 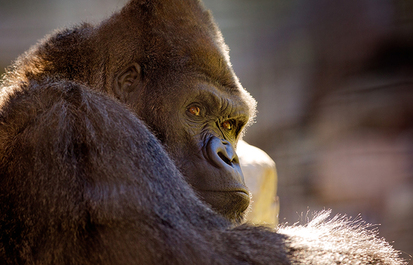 Curators, researchers and animal care staff at Cleveland Metroparks Zoo use science to inform how to...