Have you met Norman the tufted deer fawn? 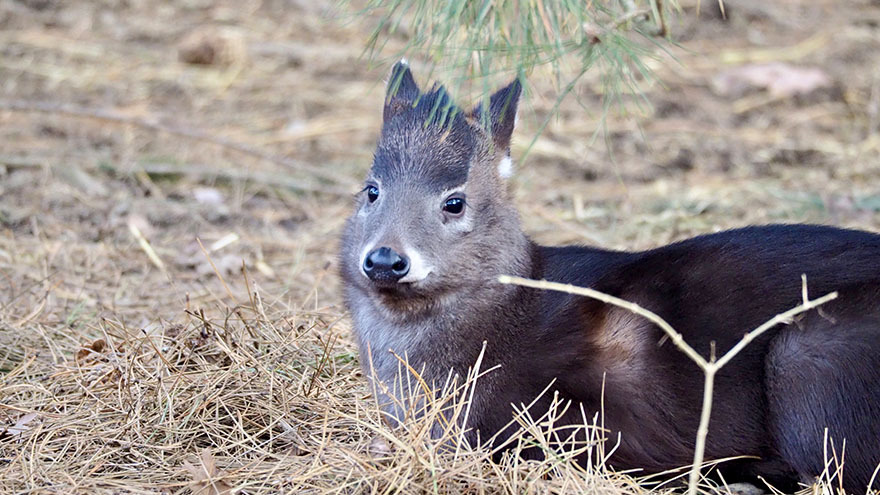 Psycho killer? Vampire deer? Or a sweet, handsome, tufted deer fawn? He was born on a dark, chilly Halloween night – and someone, in a frightfully playful mood, decided to name him Norman, after Norman Bates, a character from the book/movie Psycho. Before you start having nightmares about taking a shower again, let me assure you OUR Norman is a perfectly polite and playful deer, who wouldn’t harm a fly.

Norman as a new fawn staying warm in his barn.

According to his keeper Shannon, five-month old Norman loves to run around and play in the snow - just like any youngster growing up in Cleveland. He loves chewing on leaves and is very independent. He’s smart, too. He’s already learned to stay away from the Japanese red crowned cranes who share his exhibit. FYI, they’ll poke you if you get too close. He loves eating leaves and bamboo. He doesn’t like alfalfa hay. Norman is over 25 pounds now! That’s about half the size of his mom Daisy and Dad Casper. Shannon also notes that he’s not shy like a lot of other deer.

Tufted deer have another unfortunate misnomer, “vampire deer.” No, this isn’t Bella’s pet in the Twilight Series – it’s refering to the male’s fang-like protrusions. In actuality, they’re just large canine teeth, but they do look a little like fangs…Our friend Norman is too young to display the canines, but you can definitely see dad’s. They play a role in conflict resolution between two competing males. 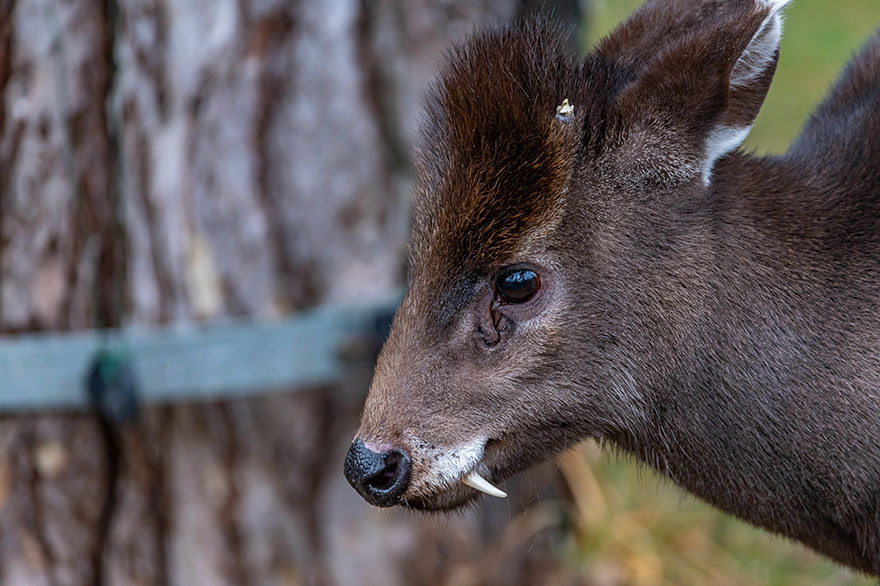 In the wild, the large canine teeth play a major role in conflict resolution during mating season.

So here are some fun facts about the tufted deer and our newest member of the herd: 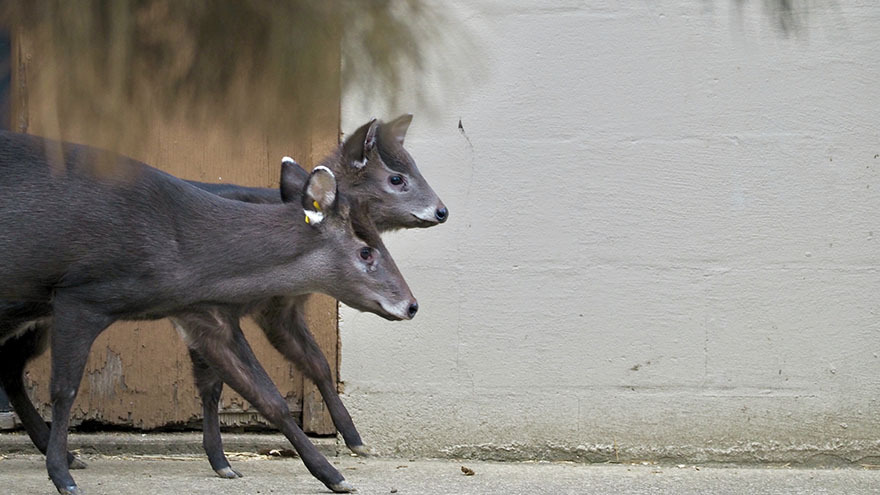 Norman is growing quickly - he's now half the size of his mom.

Make sure you check out Norman, Daisy and Casper up in Wilderness Trek on your next visit to the Zoo.

Are you a Cleveland Zoological Society member? Membership pays for itself in just over two visits and you'll be able to check up on Norman all year! Learn more here.