It’s the 10th anniversary of the stunning habitat that provides excellent animal care and welfare for the Zoo’s popular herd. 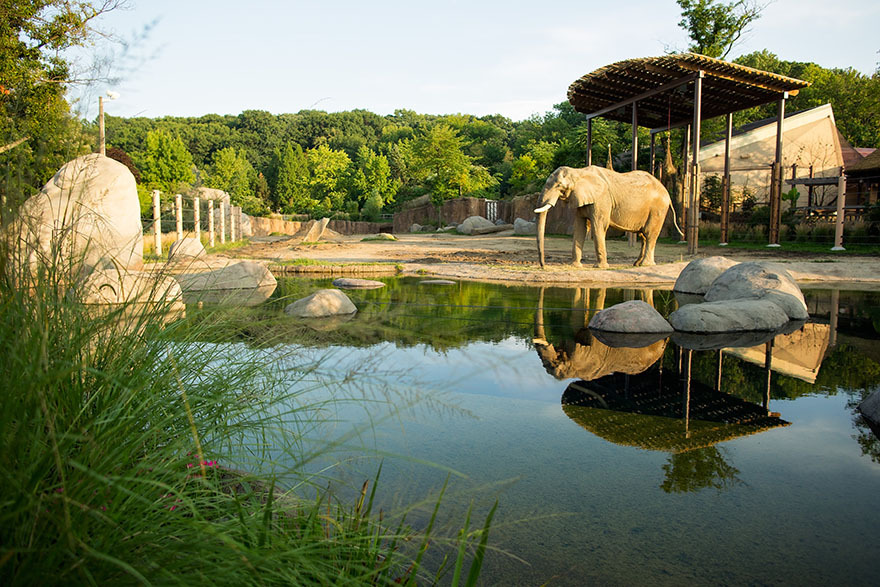 African Elephant Crossing opened in May 2011.

African Elephant Crossing (AEC) has officially been welcoming guests at the Zoo’s front entrance for more than 10 years. The stunning habitat opened in May 2011 and greatly increased space and improved welfare for one of the Zoo’s most iconic species. The Zoo’s herd of five African elephants now have roughly 15 acres to roam, forage and rest, and the choice to be outdoors or inside on any given day. They can often be seen late at night during special events snacking at an elevated feeder, or coming out for the first time in the morning to a yard full of browse, hay bales and other treats. 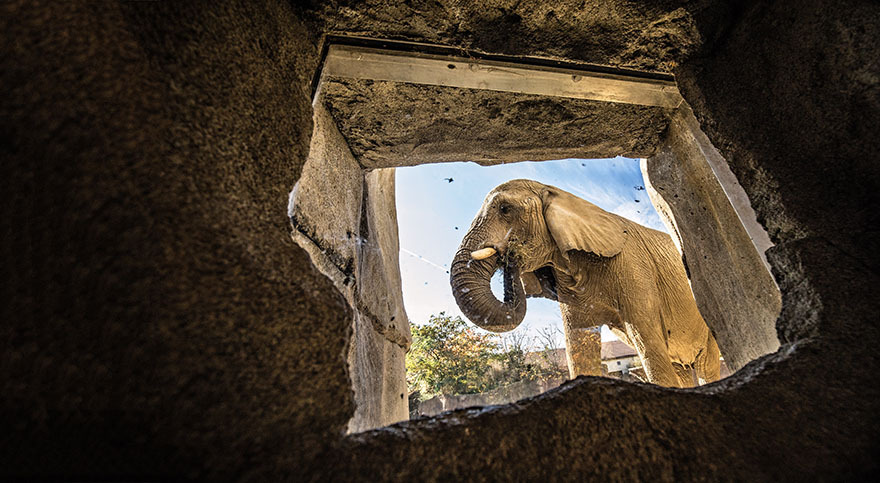 With multiple viewing spaces, guests are sure to find a favorite nook to visit, but the innovative “crossing” feature also introduced a new way to experience the elephants. At least once a day, the giant gates into African Elephant Crossing close and lock, creating a passage way over the public walkway for the herd to cross into another outdoor yard. Education interpreters or Zoo volunteers take the opportunity to let guests know why it’s important that animals have more space and more choice in zoos. This habitat complexity was very new in 2011 but now can be seen in other Zoo areas including Rosebrough Tiger Passage and Asian Highlands.

African Elephant Crossing: How the habitat has evolved in the last decade

“African Elephant Crossing was extraordinary when it opened and remains such a special and important habitat within the Zoo,” said Zoo Executive Director Christopher Kuhar. “It forever changed the landscape of entering the Zoo and ushered in a new type of habitat design and educational messages that we work into our programming, signage and public outreach. African elephants are iconic and one of the most recognizable species for all ages. This habitat gives us an opportunity to have guests enjoy the area but also learn how we all must work to protect this species and others in the wild.”

In honor of the 10th anniversary, here are 10 things you might not know about African Elephant Crossing:

1. The 15-acre habitat cost nearly $25 million to design and build and remains the second most expensive project taken on by the Cleveland Metroparks and Zoo. The building of The RainForest in 1987 was the most expensive. Cleveland Zoological Society donors provided $12.8 million for the project.

2. The habitat is now home to a herd of five elephants. Four females - Moshi, Martika, Shenga and Kallie - join male Willy in AEC. Willy arrived in Cleveland from Disney’s Animal Kingdom in April 2011, just a month before the habitat opened to the public. Willy is the tallest elephant in North America and was the first male elephant in Cleveland since the 1960s. 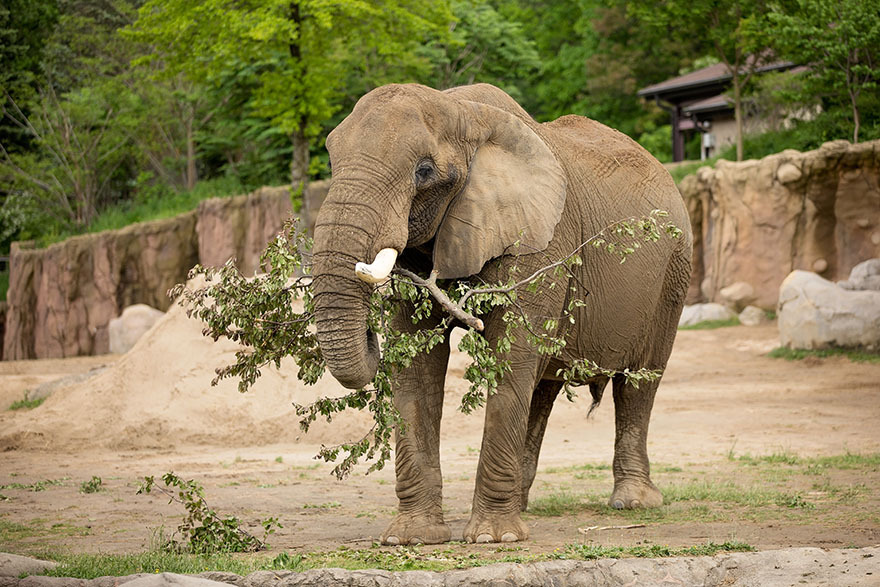 Willy is the tallest elephant in North America.

3. In the wild it’s natural for elephants to sleep together as a herd. It’s not always a given that elephants in zoos will mimic this wild behavior - but they do in Cleveland. The female elephants have been observed nestling together to sleep as a herd inside and outside - a sign of their companionship and comfort.

4. AEC includes the Wilber Night Range, a yard that the public cannot see. The Wilber Night Range is a heated, outdoor area away from public viewing that allows the elephants to be outside at night, even in the winter. It features radiant flooring to keep ice and snow from forming and conventional radiators on the ceiling for warmth. 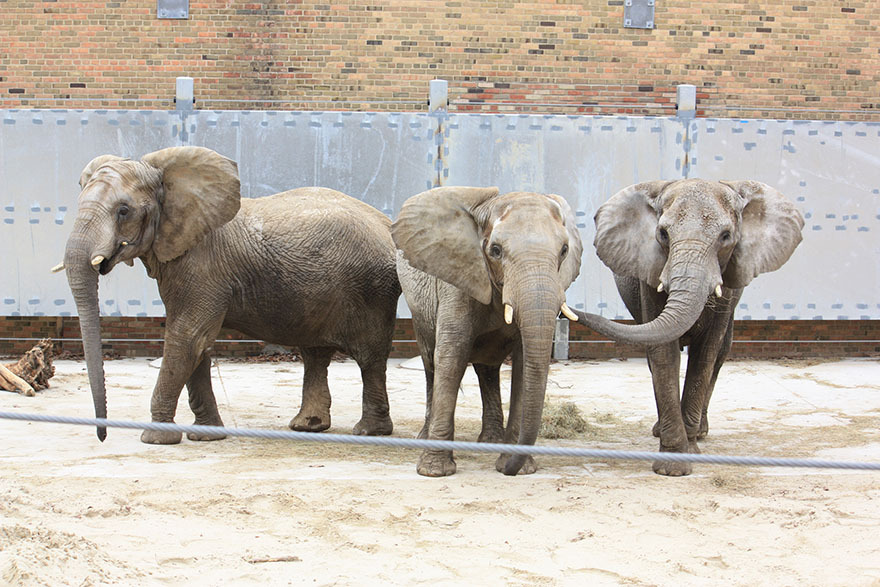 Elephants in the Wilber Night Range.

5. Elephants create beds out of sand, dirt and other soft substrate, so the seven interior dens as well as the larger night yard include sand piles the herd can shape into a place to rest. The floors of the interior dens are concave and filled with sand, dirt and other softer materials that mimic the outdoors and provide better welfare than traditional materials such as concrete.

6. Sand is also gentle on an elephant’s feet, which are more delicate than one might assume for carrying an animal that weighs thousands of pounds. The entire herd receives regular baths and foot treatment inside the building. The herd is also trained to participate in other veterinary procedures such as blood draws and routine checkups. One interior den was built to allow animal care staff easier access for training and welfare checks.

7. AEC offers many spots for up-close viewing for guests. During a crossing, the elephants walk between the Mopani and Savanna Ranges and are often less than 15 feet from visitors. It’s quite a sight to see them walking on the same sidewalk that guests will use just minutes after the crossing is complete. On the path to Savanna Theater, be sure to find the viewing spot that takes you a bit below ground to get a “nose-to-truck” view. This faux rock formation includes nooks where keepers place food and hay, drawing the elephants to the viewing windows.

8. African Elephant Crossing is Gold certified through the Leadership in Energy and Environmental Design (LEED) green building certification program. The LEED program is the nationally accepted construction industry standard for green buildings, administered by the U.S. Green Building Council. Some key factors that contributed to the exhibit's Gold certification include: more than 90 percent of construction waste was recycled and diverted from a landfill, about a third of the materials used to build the exhibit came from recycled materials, and the exhibit's state-of-the-art water filtration system cut water usage from about 26.3 million gallons per year to about 7.5 million.

9. African Elephant Crossing is internationally known. In 2018 the Zoo hosted an Elephant 360 school that welcomed keepers and elephant care experts from throughout America and Europe for training sessions and workshops on elephant management and health care. Since then, keepers from Japan and Ireland have also visited to see how care and welfare works in a complex habitat. 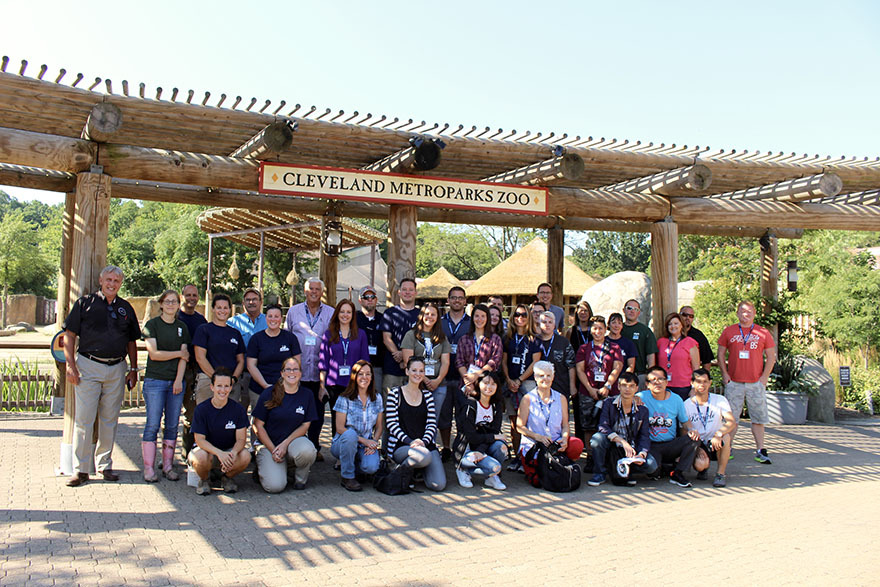 And while the giant stars of the show are impossible to miss on your visit, remember that African Elephant Crossing is not home to just elephants, of course. A colony of meerkats, which first came to Cleveland when AEC opened, stands guard at the entrance. Naked mole rats and an African rock python reside inside the Sydell L. Miller Elephant Care & Visitor Center, and an aviary of African birds can be found on the viewing deck.

10. There are 17 elevated feeders throughout the habitat. They encourage natural behaviors as the
herd searches for food. These changeable devices rise and drop on a randomized schedule that challenges the herd cognitively, prompts cooperative feeding and exercises important trunk, neck
and torso muscles. The feeders also give guests a glimpse at how far those trunks can reach to grab hay, alfalfa or browse branches. The elevated feeders are good exercise for the elephants, who would be using their trunks to reach up and forage for hours a day in the wild. 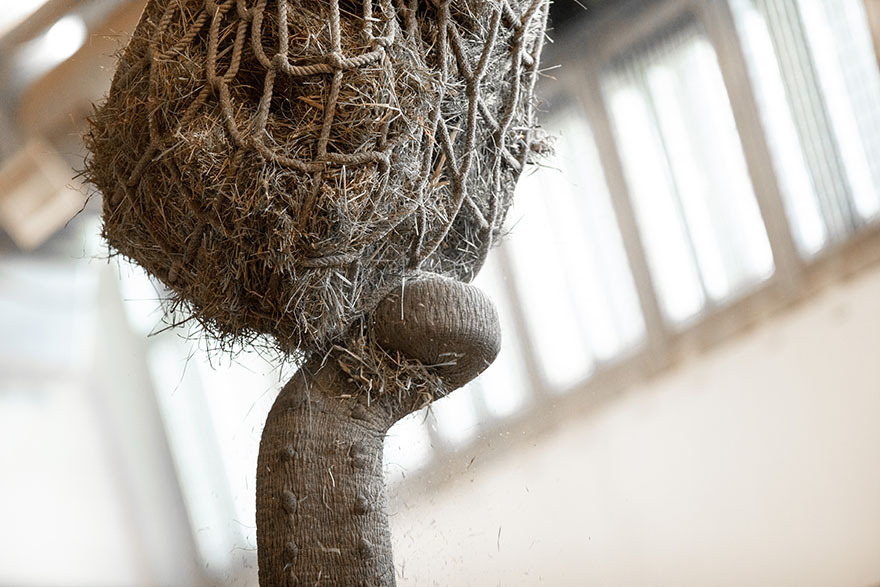