This Valentine’s Day we thought we’d showcase some beautifully brilliant birds that wear pink (red and scarlet) even better than Elle Woods in Legally Blonde. 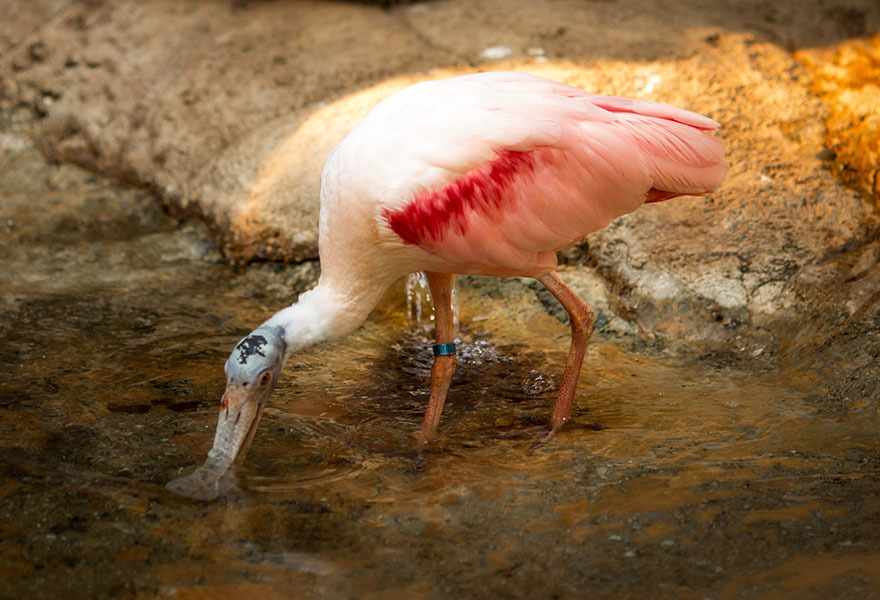 These amazing birds aren’t born this way, but turn intense pinks and reds due to their diet! The crustaceans and algae they eat contain very high concentrations of beta carotene and carotenoids. Once eaten, enzymes in the liver break the carotenoids down into pink and orange pigment molecules which are absorbed into the body, creating the beautiful colors.

In captivity, their diets are supplemented with carotenoids such as beta-carotene and canthaxanthin. Beta-carotene, responsible for the orange of pumpkins, carrots, and sweet potatoes, is converted in the body to vitamin A. 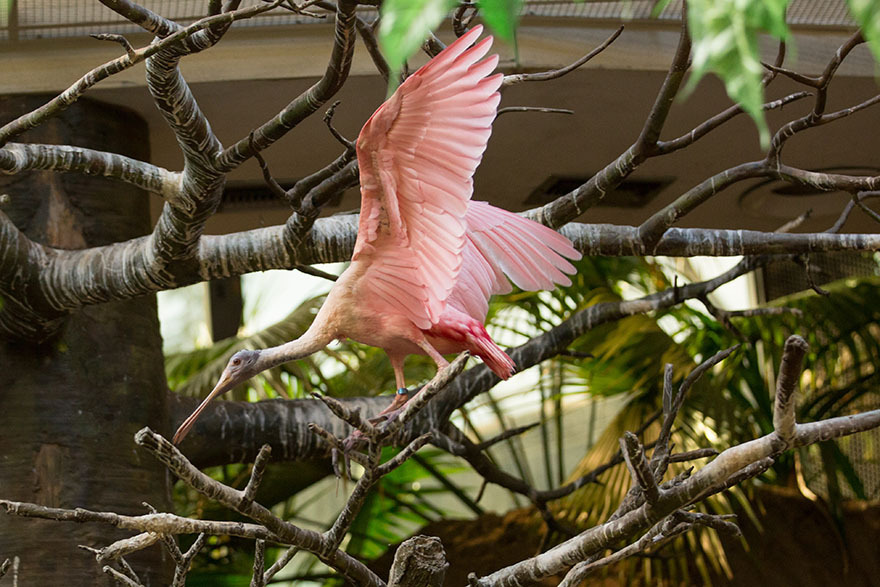 In The RainForest, look for the Roseate spoonbill on the second level aviary. This species of spoonbill is the only one found in the Western Hemisphere - in marshland along the southeastern coast of the United States and further south into Mexico and Central and South America. They have bright pink feathers, red eyes and a partly bald head (they lose feathers from the top of their head as they get older.) 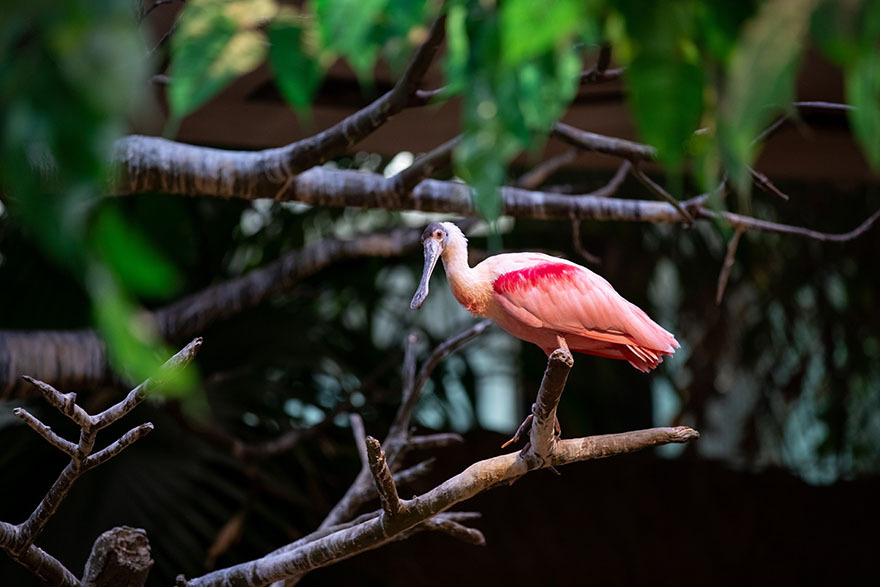 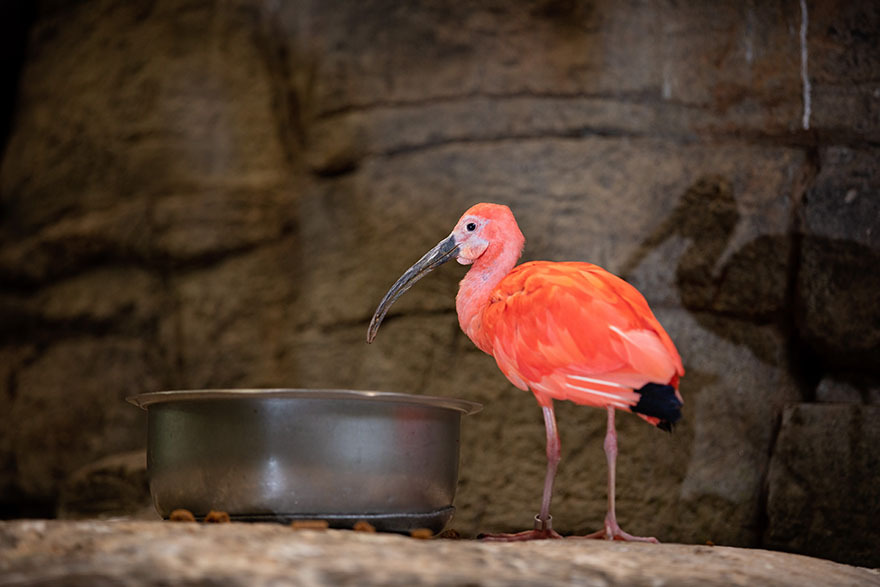 Also in The RainForest is the Scarlet ibis. Did you know it is the national bird of Trinidad and Tobago? During the second molt, the ibis begins to change from the black and grey to red. This progresses out from the back over a period of 2 years. The Scarlet ibis is native to South America and some of the Caribbean islands. 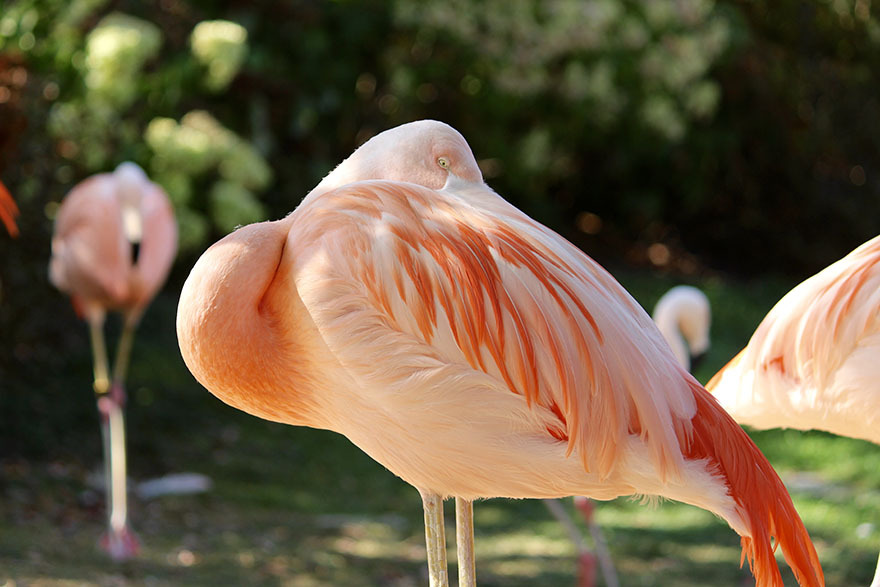 The Chilean flamingo is lighter in color than other flamingo species, with pink edges on its outer wings and black under-feathers. These flamingos are found in the temperate parts of South America. Flamingos are highly gregarious birds. Flocks numbering in the hundreds may be seen in long, curving flight formations and in wading groups along the shore. 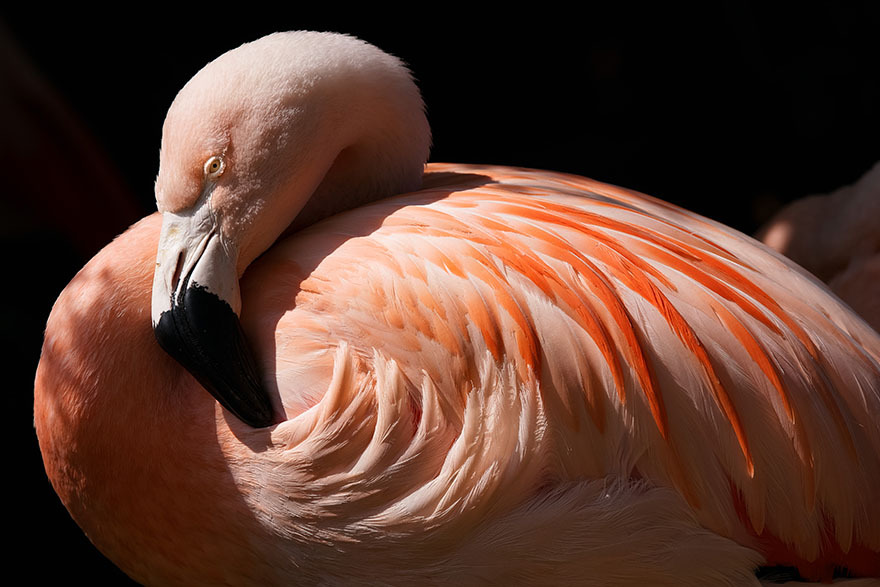 Members! We hope you'll stop by and warm up in The RainForest this winter to check out the birds that will tickle you pink! You’ll have to wait until it’s warmer out to see the flamingos, but they’ll be waiting for you in the spring.