Giraffe Conservation: From the Field Update 2022 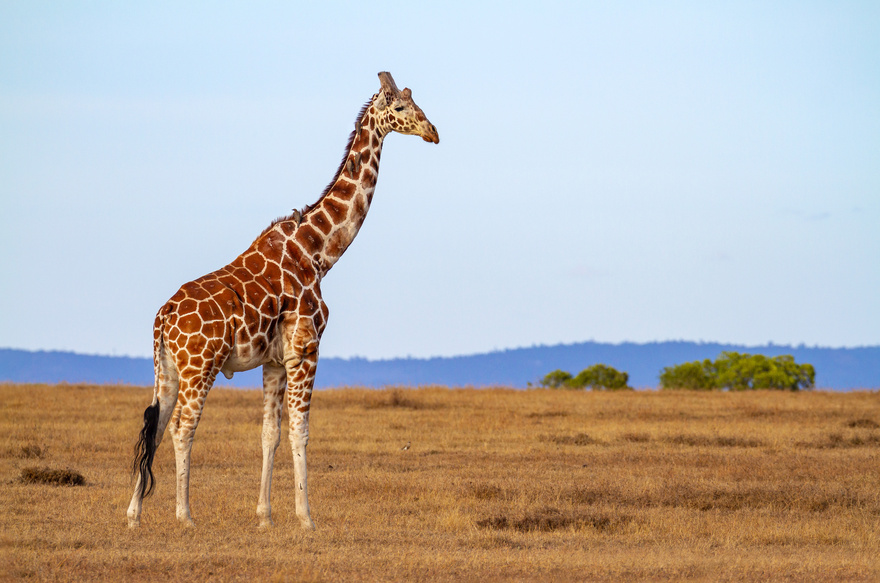 Learn more about giraffe conservation on the What We Fund section of our website.

The following is from the 2022 Q1 update from GCF.

Poaching, specifically illegal wire snare traps, are a major threat to Nubian giraffe, as well as other wildlife,
especially within Murchison Falls NP. The UWA-GCF mobile veterinary response unit and anti-poaching efforts within Murchison Falls NP have continued to monitor wildlife and act effectively on emergencies. While giraffe are not the targets for wire snares, the indiscriminate nature of these traps ensures that all species are at risk of injury or death and giraffe unfortunately the most impacted. Giraffe caught up in wire snares are often strong enough to break the wire free from its anchor point and can end up dragging the wires around for days to weeks or longer. Snare wounds that are left untreated can lead to infection, distal limb swelling, and in some cases permanent limb deformities, amputation or death. Since late 2021, the UWA-GCF mobile veterinary response unit has desnared and treated 23 animals, of which 16 were Nubian giraffe. Since 2019, the response unit has treated 433 animals, which includes 298 Nubian giraffe. In addition to the desnaring efforts, GCF’s Dr Joshua Lubega has also provided technical support in collaring hyena, reedbuck, Ugandan kob, hartebeest, and African savanna elephant. Drs. Lubega and Ferguson also played a pivotal role with the UWA team in rescuing a leopard that had been trapped by distraught community members in western Uganda, and then released it in Murchison Falls NP.

To further address the scourge of indiscriminate wire snaring, GCF has further expanded its partnership with
local CBO Snares to Wares Initiative to address the root cause of subsistence poaching. This partnership will
expand the initiative’s current work that employs local community members to transform wire snares removed from Murchison Falls NP into art for sale, develop a new collaborative community outreach program as part of GCF’s ‘Twiga Wetu’ Initiative, and collaboratively work on desnaring and antipoaching efforts in the park. Since the partnership began in early 2021, over 3,200 wire snares have been removed from Murchison Falls NP. This holistic approach in support of UWA efforts to reduce the impact of poaching in Murchison Falls NP whilst improving local livelihoods, community engagement and environmental education around the conservation area. Additionally, we have strengthened our partnership with Giraffe Education and Research (GEAR), a local NGO in the Lake Mburo communities, by involving Snares to Wares in also building collaborative efforts. Whilst the translocated population has grown to almost 40 individuals from an initial 15 in 2015, the closure of schools limited GEAR school trips and we shifted ‘gear’ to engaging community members from areas around the park with high poaching activity to visit with the UWA community conservation team. This has proven highly effective and engaging.

As part of our continued monitoring of Nubian giraffe populations in Uganda, GCF recently completed surveys
of all major populations. During the surveys, we encountered 1,140 unique giraffe in Murchison Falls, 77 in
Kidepo Valley NP, and 24 in Pian Upe WR. Reports from rangers based in Pian Upe suggest that all 29 giraffe
that were reintroduced are still alive. Ongoing analysis will provide more accurate estimates, but importantly
the findings further highlight the gains of the conservation translocations in Uganda. In addition to the surveys, GCF and UWA tagged 15 giraffe in March 2022, using CERES satellite solar-powered ear tags for the first time in East Africa. These GPS data are contributing to a study to evaluate the spatial responses of giraffe to ongoing road construction and oil development in core habitat areas.