Excitement has been buzzing around the Zoo the last 10 days and it’s not because of an animal. A little while ago, the Zoo’s corpse flower showed signs of preparing to bloom! Horticulture staff jumped to work, bringing the flower from its usual off-exhibit greenhouse down to the main Zoo near Daniel Maltz Rhino Reserve. 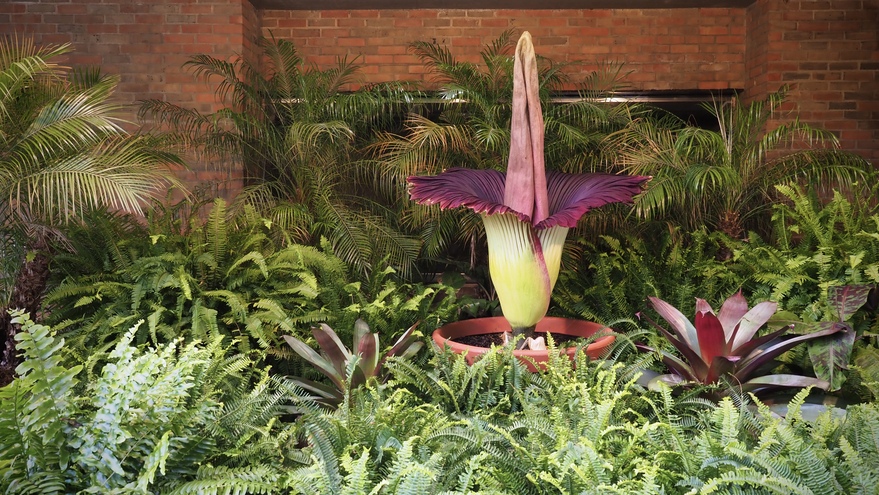 Keep reading for five things to know about the corpse flower…

One of the largest and rarest flowers in the world

With only 1,000 remaining in the wild, the corpse flower (Titan Arum) is one of the rarest plants in the world. Its bloom is equally rare — typically blooming only once every seven to ten years.

The corpse flower, which shares its home with orangutans, is the largest flowering structure in nature, and is listed as endangered due to habitat loss from logging and conversion of forests to palm oil plantations. 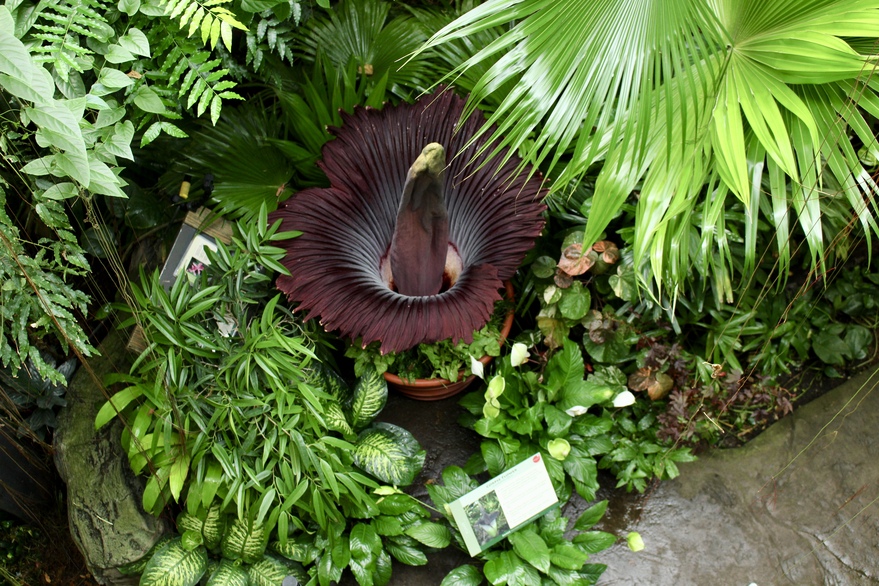 We call it “Cronus”

There is a tradition to giving a name to individual plants. Ours was given the name “Cronus” when it arrived at Cleveland Metroparks Zoo in 1994 from the Baltimore Aquarium. “Cronus” stays at one of our greenhouse facilities when it is dormant or in a leaf cycle. It usually stays outdoors in a shaded area in the summer and comes into the greenhouse in the winter. 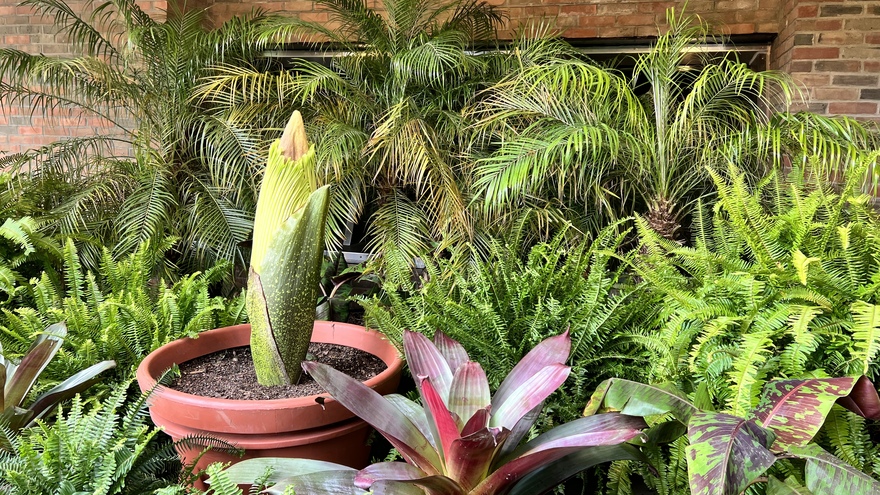 It produces the largest, unbranched inflorescence (structure containing multiple flowers) in the world. One of the largest ever recorded was over 10 feet tall. The inflorescence is made up of the spathe and spadix (contains hundreds of tiny male and female flowers). 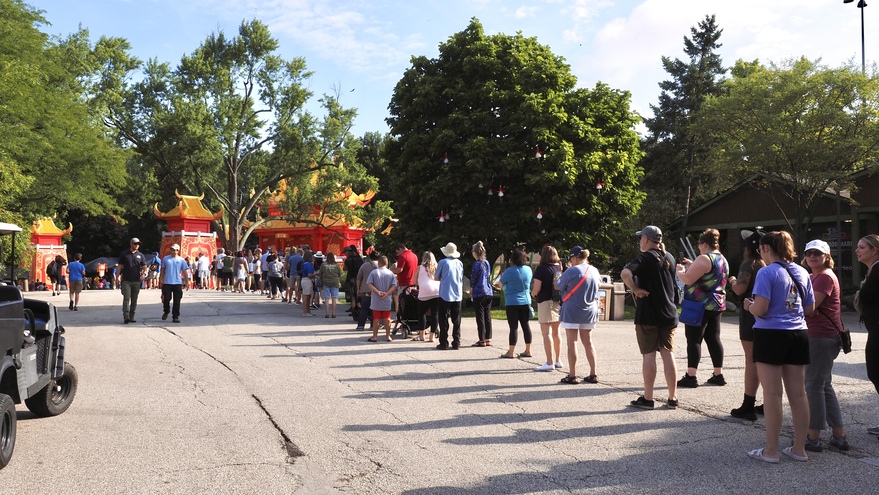 The Zoo opened early for guests to see the corpse flower

Blink and you’ll miss it!

Once bloomed, the corpse flower is only open for 24-48 hours.

We never know the exact date the flower will open, but there will be signs indicating the blooming will occur soon. One of the indicators is the growth rate slows down. “Cronus” was growing at 3-4” per day and then slowed to 1-2” per day as blooming neared.

It's always an exciting time as staff to see Clevelanders get excited about a plant. Eager guests line up for hours just to see "Cronus" in person! 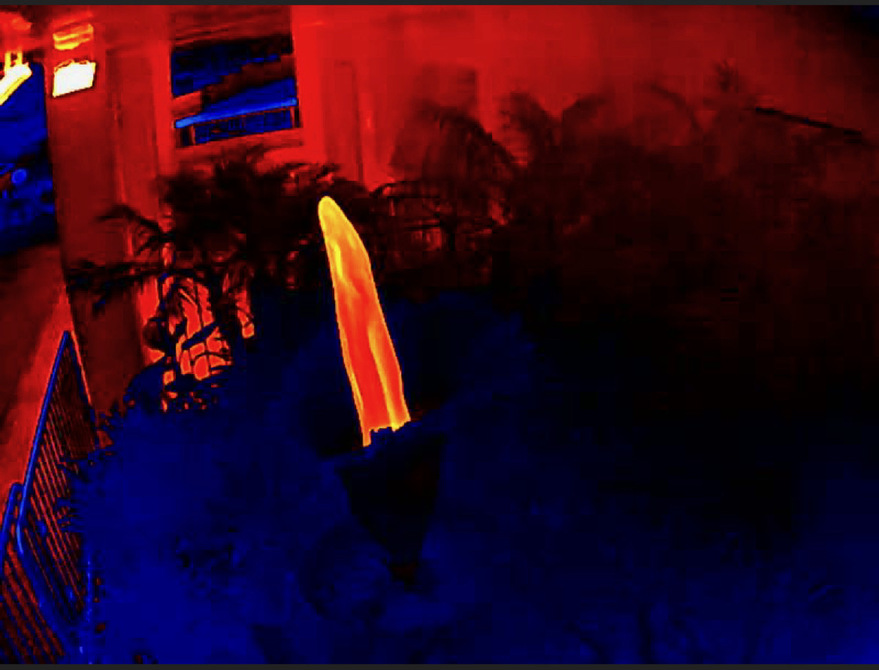 Thermal camera picks up the heat produced by the corpse flower

The flower uses the stench of rotting flesh to attract carrion beetles and flesh flies. (Quite appropriately named corpse flower, don’t you think?)

When the flower blooms, it produces its own heat to help spread its scent to attract even more pollinators.

Information in this blog is courtesy of Cleveland Metroparks Zoo's horticulture department.