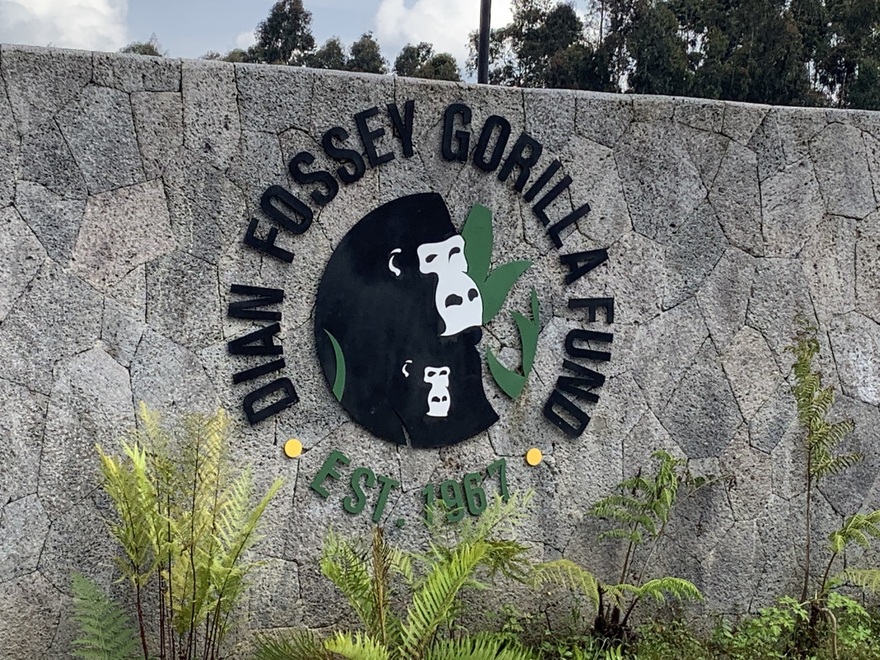 The Dian Fossey Gorilla Fund is dedicated to the conservation, protection and study of gorillas and their habitats in Africa. Photo by Dr. Kristen Lukas.

In early June, the Fossey Fund team celebrated the opening of the new Ellen DeGeneres Campus of the Dian Fossey Gorilla Fund. The impressively designed campus received much attention from the Ellen Fund and Ellen’s personal social media feed, and coverage was widespread on national news outlets.

Folks in Cleveland may not realize how significant this new campus and some of its features are to Cleveland Metroparks Zoo.

The Zoo and Zoo Society provide funding each year for operations and community projects, and Dr. Kristen Lukas, the Zoo’s Director of Conservation and Science, travels to Rwanda a few times a year with Zoo staff to teach and mentor students as part of the Memoirs Program, a partnership of the Fossey Fund, Cleveland Metroparks Zoo, and the University of Rwanda. This program is training Rwandan biologists, a critical step in the advancement of Rwanda’s progressive goals for biodiversity conservation. The vast majority of program graduates are currently working for DFGF, the Rwandan government or other conservation organizations in Rwanda. This program has been generously sponsored by Zoo Society donors since 2014. 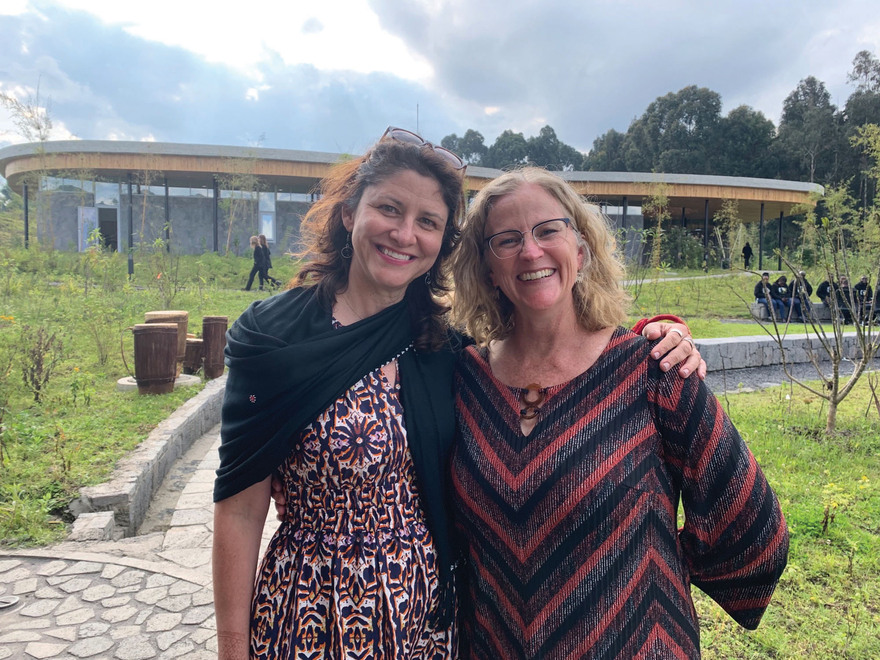 The new campus moves the operations of the Dian Fossey Gorilla Fund out of the town of Musanze and near the Volcanoes National Park, the jump-off point for gorilla treks and the location of the safari lodges, thereby making it a must-visit for all tourists visiting gorillas or golden monkeys in the region.

The campus includes several buildings that include office and classroom space, as well as a museum highlighting Dian Fossey’s life and work with mountain gorillas. There is a café and a museum store that feature vendors and artisans from Rwanda.

Dr. Lukas, who also serves as Vice Chair of the Board of the Fossey Fund, was in Rwanda for a few weeks to represent Cleveland Metroparks Zoo and the Fossey Fund Board of Directors at the official dedication ceremony for the Ellen Campus.

“The event took place on Tuesday, June 7, and it was incredible to not only see the campus looking its impressive best but to experience the energy and excitement from everyone in attendance, including (DFGF President and CEO) Tara Stoinski, Ellen De Generes, Portia de Rossi, and the Prime Minister of Rwanda, Edouard Ngirente.” said Dr. Lukas. “Tara was positively brilliant, the speeches were heartfelt, the Fossey team beyond excited, and the entire event was a success. “ 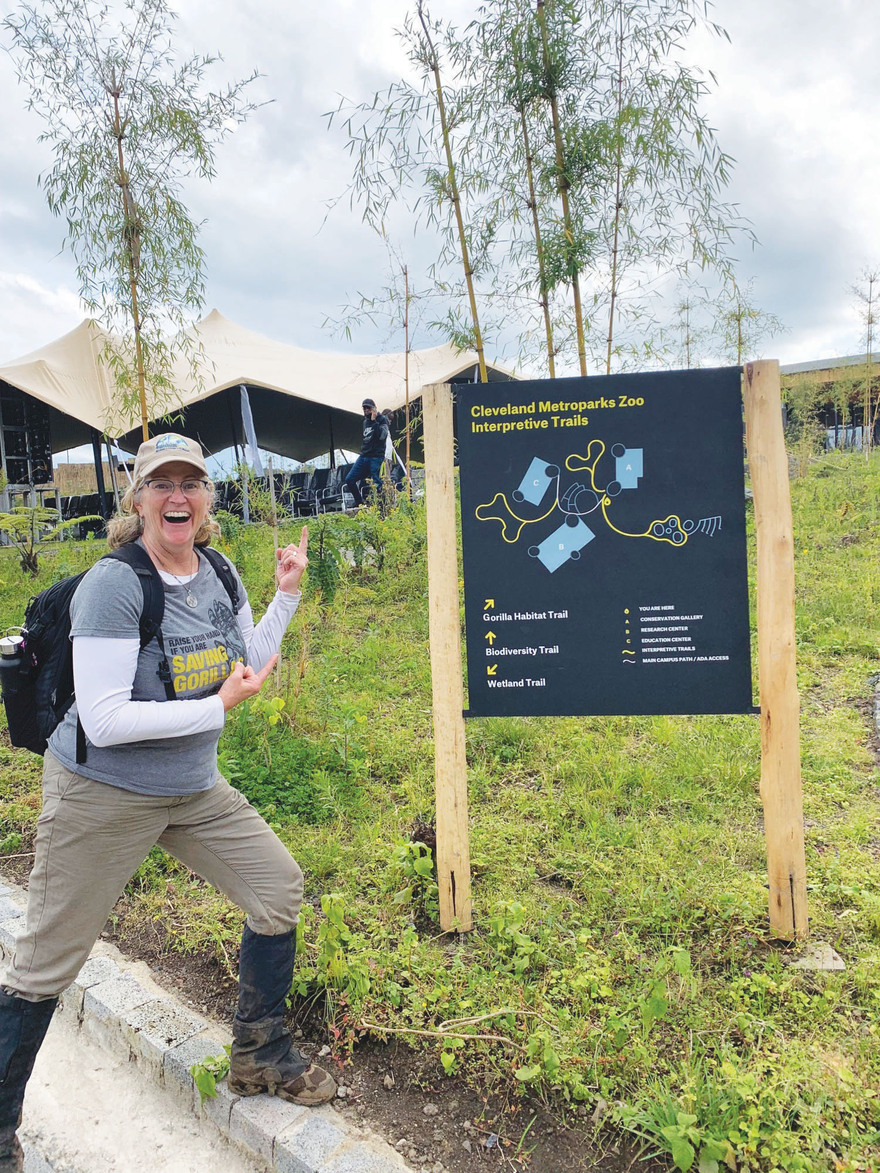 Perhaps most exciting for those in Ohio, the new campus includes the Cleveland Metroparks Zoo Interpretive Trail, made up of three distinct paths focused on gorillas, biodiversity, and wetlands. All trails highlight native plant species and they are already attracting a number of native birds, butterflies and amphibians. Our Trail is not only engaging Rwandan school groups but visitors from all around the world. Guests can walk the trails or enjoy an interactive and immersive augmented reality experience that simulates gorillas approaching and displaying natural behaviors.

The Cleveland Metroparks Zoo Trail was made possible by a generous donation from two longtime Zoo Society donors. These donors have been to Rwanda to see the Zoo’s work with students, and have trekked to the mountains to see the impact the Fossey Fund has on the protection of mountain gorillas. Their funding will forever connect the Cleveland Metroparks Zoo name to the work being done to save species in the wild.

“I cannot convey how special it is that Cleveland Metroparks Zoo and the Cleveland Zoological Society contributed so generously to the campus and that we are physically represented in this impressive space via the Cleveland Metroparks Zoo Interpretive Trails,” said Lukas. “In addition to the impact our involvement has had over the past 20 years, and will continue to have on the Fossey Fund team and mission, our logo and our name will be seen on campus by thousands of visitors each year from around the globe and help spark understanding for how zoos are part of the international conservation equation.”

Keep an eye on the social media pages of Dian Fossey Fund for more about the new campus.