With seamless collaboration, the Zoo's animal curator and husbandry staff and veterinary team make it a high priority to ensure sustainable animal populations. In zoos, animal populations are guided by Species Survival Plans (SSPs). The Association of Zoos & Aquariums (AZA) maintains SSPs for more than 500 species with the goal of managing and conserving a typically threatened or endangered species. SSPs coordinate the breeding and transfer of animals between AZA-accredited zoos to ensure a healthy and genetically diverse population.

Each animal that leaves or arrives at the Zoo receives a series of medical procedures, from preshipment exams before they leave to quarantine exams when they arrive. Quarantines can last between 30 and 90 days depending on the species, during which time curators, keepers and veterinarians are monitoring behavior, diet and health before the animal is put into its habitat with other animals.

“It’s super exciting to know that this animal has been brought in to help the population," said Cleveland Metroparks Zoo Staff Veterinarian Dr. Debra Barbarits. "To them, they are just living their lives but to us it’s sustaining a population and it’s so gratifying to know you were a part of that.” 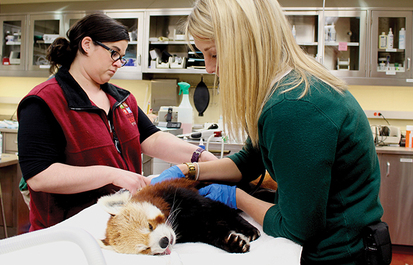 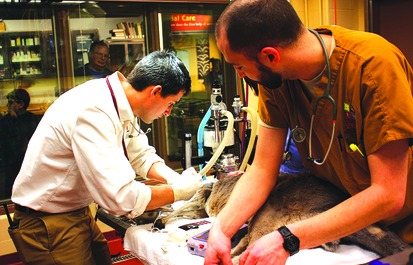