Why save the Andean bear?

What put Andean bears on the radar to become a key project within Cleveland Metroparks Zoo’s Future for Wildlife program? What does it mean to save the Andean bear?

Andean bears are sort of the cool, obscure indie band of the bear world. Their elusive, largely solitary lifestyle and vast range across the Andes Mountains makes them difficult to spot in the wild; their IUCN status of ‘vulnerable’ makes it nearly impossible. 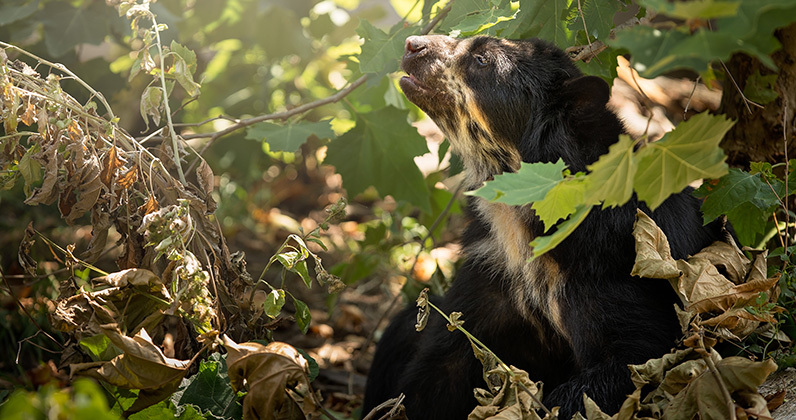 The Andean bear is the last remaining of the family of short-faced bears, and the only bear species found in South America. These bears are incredibly adaptable, able to navigate diverse habitats created by the Andes Mountain range including tropical rainforest, cloud forest, and scrubby, high altitude tundra known as páramo through the seasons in search of food. Within these habitats, the Andean bear serves as an umbrella species, meaning that its protection also ensures the protection of a myriad of species with which it shares a home. Given the expansive and diverse range of the Andean bear, there is no greater flagship species for the protection of tropical Andes ecosystems.

All of this said, Andean bear conservation proves challenging. Little information exists on the species’ population and distribution, and not without reason – remember the bit about its sprawling, mountainous habitat range?

The Andean Bear Conservation Alliance (ABCA) was formed in 2010 with the goal of creating the tools and capacity necessary for assessing the status and distribution of remaining Andean bear populations. Driving this initiative were Cleveland Metroparks Zoo and the Wildlife Conservation Society (WCS). ABCA continues with additional support from strategic partners including the IUCN Bear Specialist Group, St. Louis Zoo and Nashville Zoo. 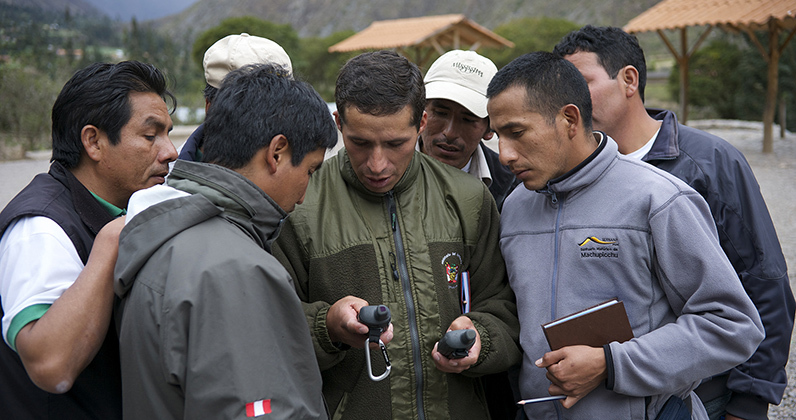 ABCA has developed and tested a framework and tools for monitoring Andean bears throughout their range, and implemented cooperative efforts in range countries to gain greater knowledge of the species’ distribution. Andean bears are now being monitored using the ABCA framework in 15 protected areas in Colombia, Ecuador, Peru, and Bolivia.

“For the first five years of ABCA, we wanted to develop the knowledge needed by the institutions of each country to really forward conservation,” said ABCA Coordinator Isaac Goldstein. “So we developed the tools, we developed the connections, we started the whole capacity building so we now are in the position to really know the state of the populations in many areas. Before that, we were guessing.”

This system for monitoring has also proven beneficial to organizations working to study and protect other species within Andean bear range, such as the lowland tapir, mountain tapir, and jaguar. Collaborating with governmental and non-governmental stakeholders, ABCA has conducted training workshops for rangers and staff of protected areas to improve management of Andean bears and their habitat within these areas.

ABCA’s landscape-level approach has proven to have great impact. From here, it aims to expand and strengthen Andean bear conservation and monitoring through further capacity building, continue to develop and test the tools needed to analyze the distribution and status of Andean bears, and develop of range-wide conservation plans. ABCA is also working with Association of Zoos & Aquarium (AZA) institutions, and aiding partner organizations in communicating with their audiences about Andean bears and the threats they face. 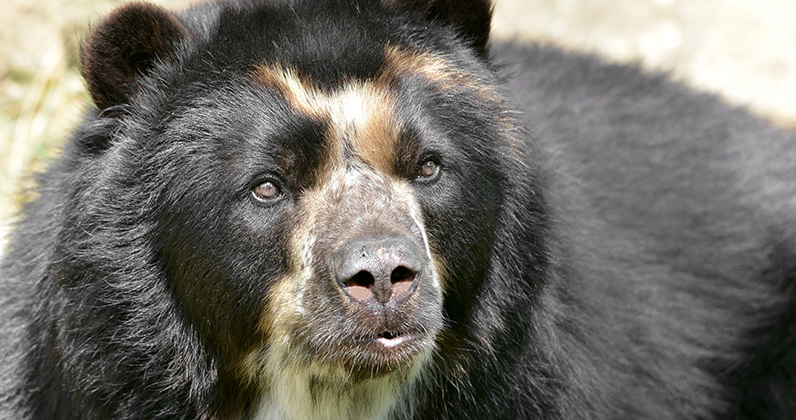 “Zoos are very important in the fight for conservation,” said Goldstein.” In reality, probably the only institutions that are going to be here for a long time, that will keep their interest in the animals they keep, in the zoos and in the wild, are the zoo societies and the zoos. Governments can change interest. People can go and come, but zoos will remain. Their interest in animals will remain and they are hugely important.”

Andean bears are sparse in the wild, but they are often visible in their habitat at the Zoo. Next time you visit, spend an extra moment watching these bears in Wilderness Trek and reflecting on what they represent for the threatened tropical Andes ecosystems.

For more about the Zoo’s Future for Wildlife programs, visit FutureforWildlife.org. 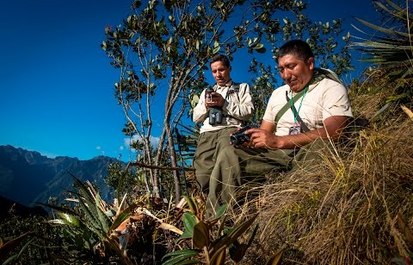 The enigmatic Inca city of Machu Picchu is a fitting home for the elusive Andean bear, and it seems ...