Three Asian turtles to see in The RainForest

More than half of Asia’s 90 species of tortoises and freshwater turtles are endangered. A founding partner of the Asian Turtle Program, Cleveland Metroparks Zoo works to prevent the illegal trade of endangered species for food and commercial use and studies species threatened with extinction.

This work is done overseas, but there are ways to get involved and learn more much closer to home. The RainForest is home to three species of Asian turtles. Look for them on the first floor on your next visit, and learn how you can help secure a future for wildlife. 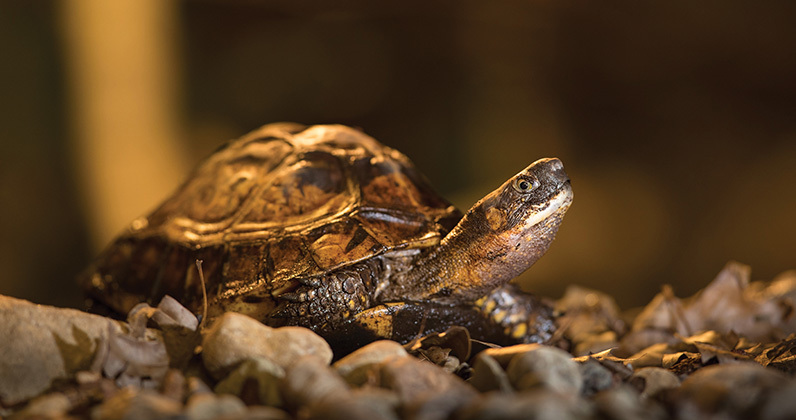 This small, brown land-dwelling turtle is listed by the IUCN as Critically Endangered in Vietnam, where they are caught for food or pets. In fact, the illegal wildlife trade has depleted the population of this species by 90% the past 50 years. These turtles have big front claws that allow them to climb trees in search of fruit. They can climb trees - a unique feature - and can easily right themselves if they fall onto their backs. 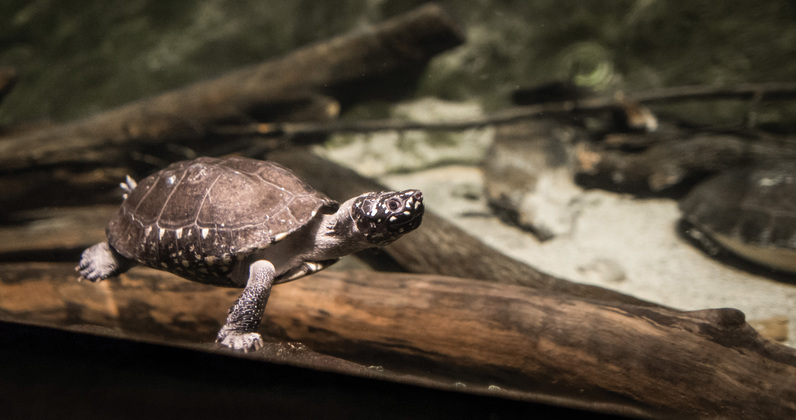 Living in the gharial habitat, these smaller aquatic turtles have very dark shells and sparse spots on the side. Fully webbed toes and a short tail allow them to swim quickly. They are also hunted for food and traded on the black market. 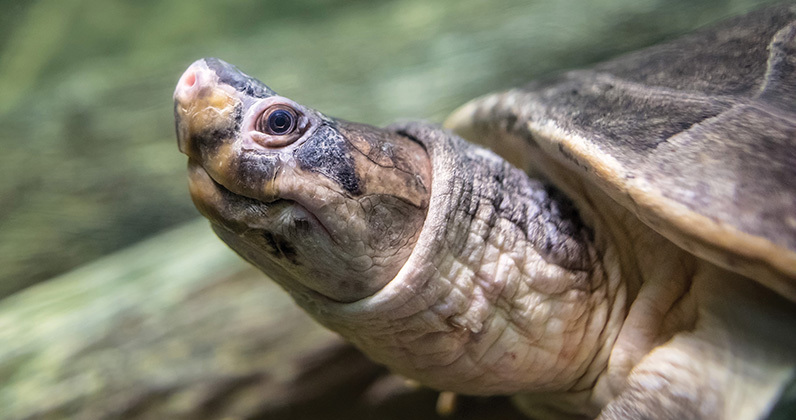 Also sharing a habitat with the gharials, this species is the largest freshwater turtle in Southeast Asia and can weigh up to 40 pounds. Despite official protection as an Endangered species, they are exported in large quantities for food in Chinese markets. A key characteristic is thick skin around its neck and its ability to pull its head completely inside the shell for protection.