Forrest, the lone male rhino at Cleveland Metroparks Zoo, can finally enjoy some much needed “me time.” 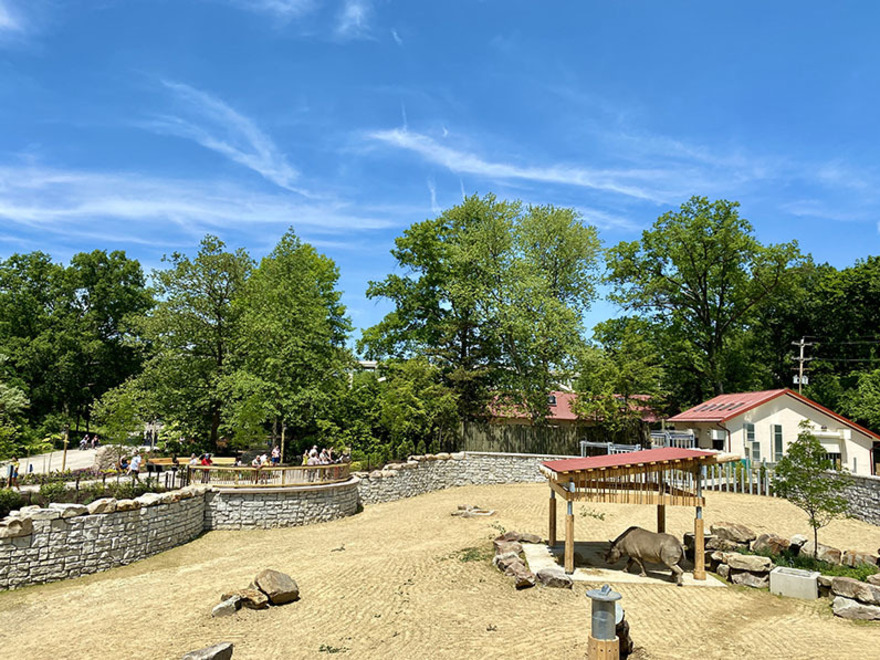 Since the birth of two calves in 2018 – Lulu and then Nia – the herd needed more space and Forrest, as the only male, also needed to be alone. In the wild, male Eastern black rhinos would only be near females to breed. So when the Zoo had luck breeding both of its females – Inge and Kibibbi – it was time to consider a renovation.

The June 9 opening of the beautiful new Daniel Maltz Rhino Reserve means Forrest has more room to roam, and more time away from the females.

“Both Forrest and the females are adjusting very well,” said Zoo Animal Curator Travis Vineyard. “The girls know Forrest is home but they are not showing signs of stress or aggression since he is not sharing a space with them, even at night. Forrest seems to be enjoying the new space, and has transitioned well after his winter at The Wilds.” 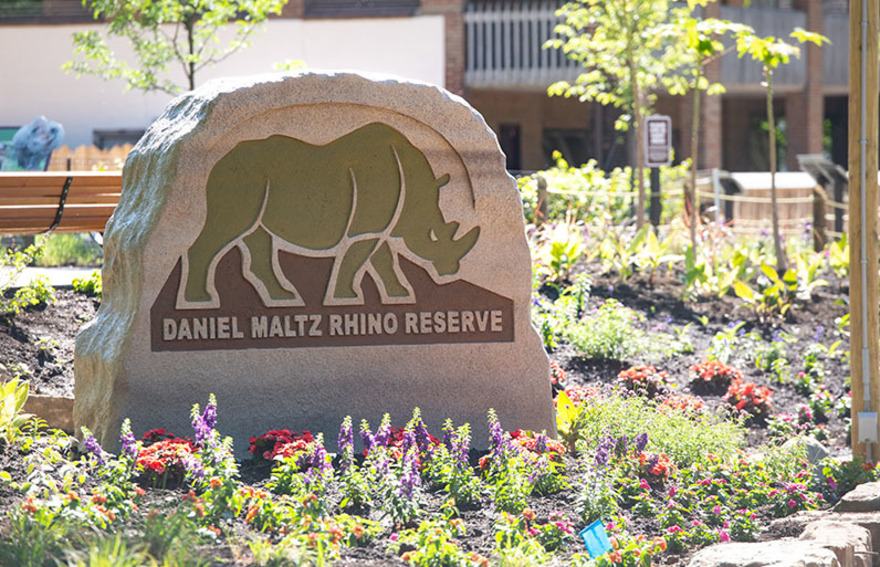 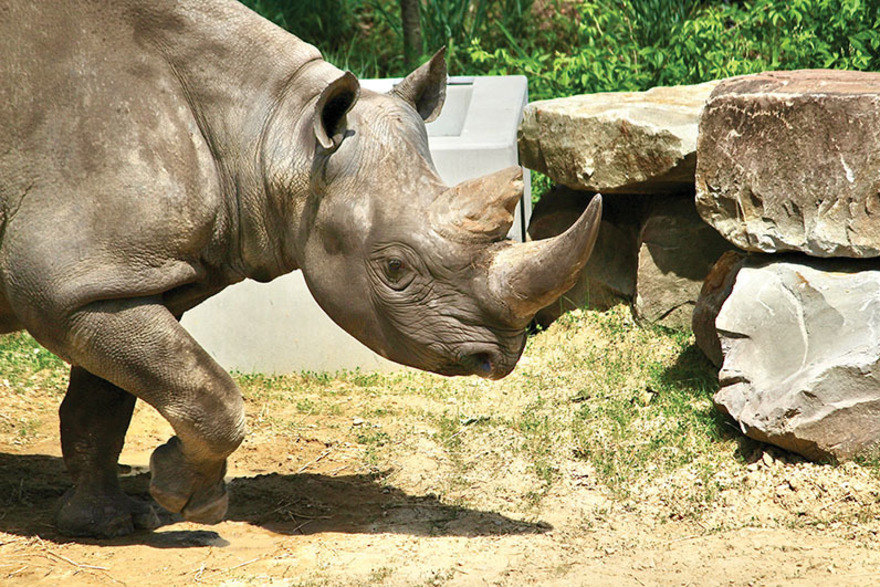 “For a decade, I have been supporting Cleveland Metroparks Zoo’s vision to become a premiere place to visit, its contributions to research and development of best practices in animal care, and the work it does with partner organizations to support efforts to save animals in the wild, such as the International Rhino Foundation and Giraffe Conservation Foundation,” said Daniel Maltz. “I am excited to have this opportunity to support the rhinos here in Cleveland as well as the Zoo’s dreams and aspirations for the future.”

"The expansion is exciting for both the rhinos and the animal care team who cares for them daily," said Vineyard.

“It has been a whole new process for us to learn to shift the animals between the Walter Kalberer Bull Barn and the Jean Kalberer Rhino Yard – while still using the old barn and yard. It’s a process for both the keepers and the animals, but we’ve had great success with Forrest and the girls are now showing interest in going into the new barn and checking out the new yard,” said Vineyard. “It’s been an exciting few months watching the creation of the space and then bringing Forrest in for the first time.”

The Daniel Maltz Rhino Reserve serves a role larger than a new space for Forrest and the females. This new habitat is no doubt better for the animals in Cleveland, but also for the continuation of successful breeding that helps the Eastern black rhino population
as a whole.

“With proven expertise in black rhino husbandry, additional space to manage social dynamics is a key element for current and future successes,” says Vineyard, “The expansion of the rhino facilities is really an affirmation of Cleveland Metroparks Zoo’s contribution to species sustainability.”

"The success that the Zoo has seen in breeding Eastern black rhinos has demonstrated its ability to be a sustainable program that is contributing to the rhino population in all Association of Zoos & Aquariums (AZA) facilities," said Vineyard. The Zoo carries out its breeding procedures based on recommendations from the Species Survival Program (SSP). AZA maintains SSPs for more than 500 species with the goal of managing and conserving a typically threatened or endangered species, like the black rhino.

In fact, in mid-August Lulu was sent to the Buffalo Zoo following the SSPs breeding recommendation for the young female. It is inevitable that Nia will also find a new home, as their genetics are very valuable for zoos throughout the country. 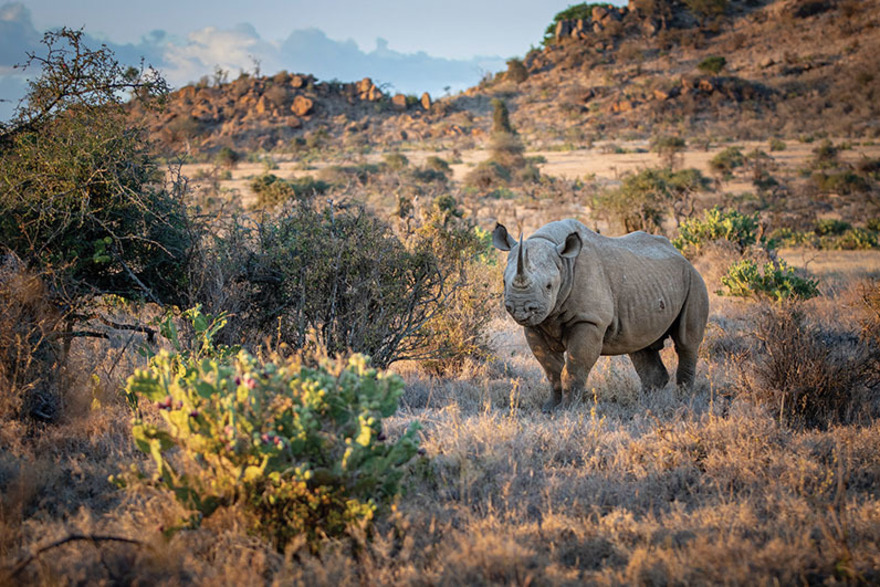 Eastern black rhinos are critically endangered, and fewer than 750 remain in the wild due to habitat loss and illegal wildlife trade, which typically means poaching of rhinos for their horns. The horns are falsely thought to have medicinal powers, so they are often killed only for their horns.

Signage along the Reserve’s large, spacious and ADA-accessible viewing deck details the risk rhinos face in the wild, and how the Zoo is working with partners in Africa to help secure a future for them and other species. 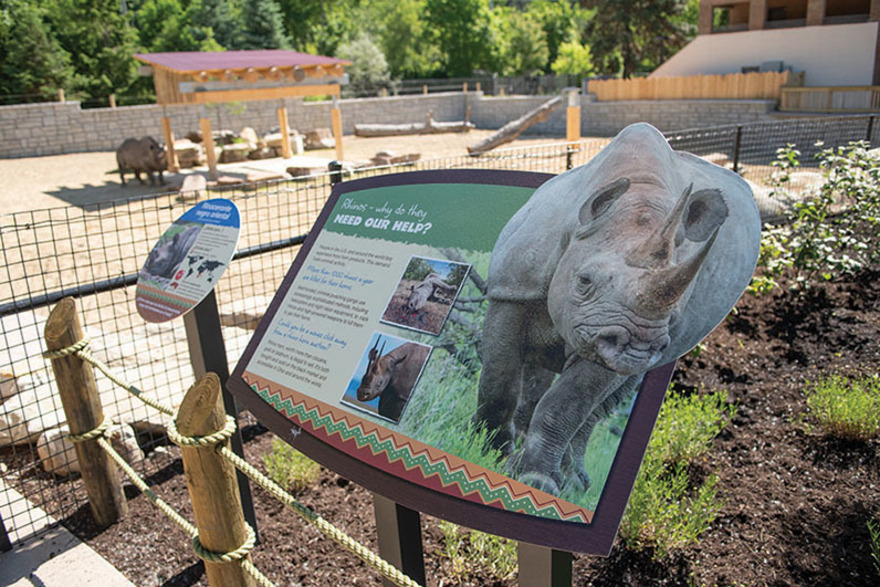 “Rhinos are perilously close to extinction due to poaching, and it will take many people to join in the effort to save them,” said Maltz. “My hope is that this new and expanded exhibit will focus awareness on the plight of these magnificent animals that are in such a desperate fight for survival in the wild.”

The Zoo has a longstanding commitment to conservation and species sustainability; it established one of the first conservation programs and has been a leader among AZA in building strong partnerships with researchers, scientists and conservation agencies across the globe working to study and preserve species.

“We exist to secure a future for wildlife, and if the COVID-19 pandemic has taught us nothing else, it’s how connected we are to nature and how important it is to balance wildlife, wild places and human needs,” said Zoo Executive Director Chris Kuhar at the virtual ribbon cutting on June 9.

The Zoo was closed from March 17-June 17, during which the Reserve was completed. The Metroparks hosted a virtual ribbon cutting for the space on June 9. Viewers could tune in on Facebook live, and Zoo Society donors were treated to a private Zoom that included a tour of the Reserve and a thank you from Zoo and Zoo Society leaders. 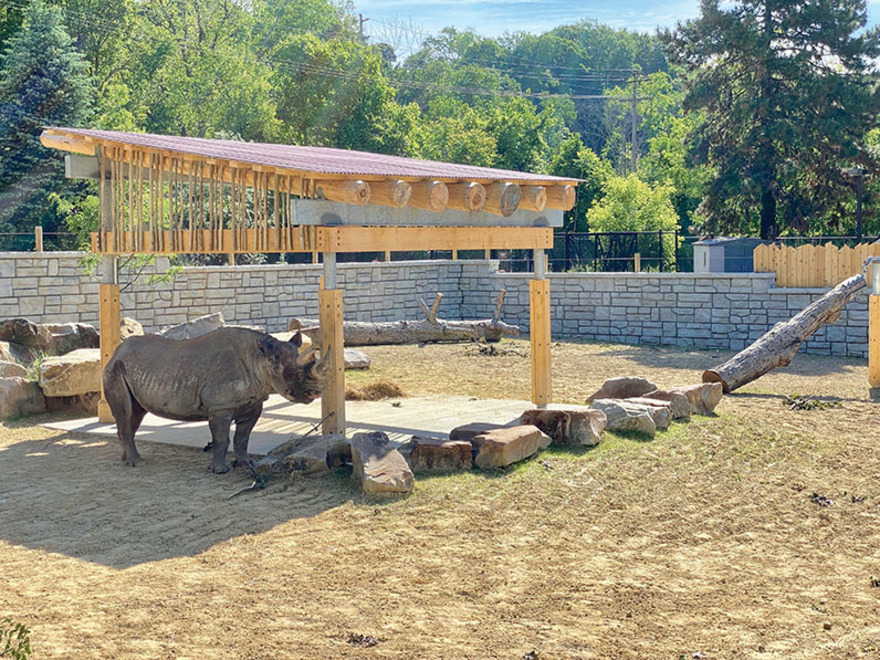 The Zoo reopened to guests on June 17 with many protocols in place to keep guests, staff and animals safe as the threat of COVID-19 continues. During the closure, the Zoo lost more than $1.5 million in revenue. Zoo and Zoo Society leaders are working collaboratively to keep members and guests engaged, and to continue fundraising efforts to support the daily care of the Zoo’s many species.

The opening of the Daniel Maltz Rhino Reserve – a large, spacious area – has been a bright spot in 2020.

“The large viewing deck and benches are being used for a place to rest and observe the animals, and the many vantage points for guests allow families to spread out to get a glimpse of Forrest without feeling crowded,” said Kuhar. “We are so tremendously excited to be able to open this exhibit and welcome guests back to the Zoo this summer to enjoy it.” 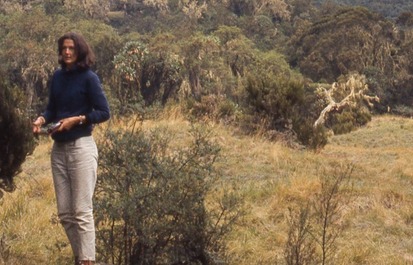 Only three years ago, we here at Cleveland Metroparks Zoo joined people from all around the world to...